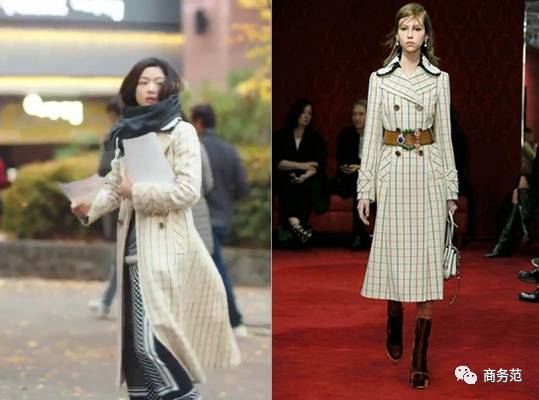 The choice of the brands worn by the protagonists in Korean TV series is very much discussed in the Chinese social networks, including WeChat. In the recent Legend of the Blue Sea series, Western brands, especially Italian, are favored for the women’s wardrobe, while Korean brands dominate the men’s dressing room. No brand of Chinese origin has been selected.
Bfaner (商务范), one of the most popular fashion and lifestyle WeChat accounts in China, takes a close look at the Korean TV series Legend of the Blue Sea (蓝色大海), which was aired in South Korea from November 2016 to January 2017. The Korean series are always scrutinized by Chinese fashion critics, with South Korea being seen as avant-garde of Asia in terms of trends.
The author of the article begins by slightly mocking the plot and is ironical about the very expensive clothes that the lead actress found in a trash can at the beginning of the series as she plays a mermaid out of water in search of clothing once on land.
Bfaner suggests that what is really worth watching in Korean series is the trendy looks of the protagonists. Indeed the 20 episodes seem to be a brand placement festival of fashion and accessories brands worn by South Korean actress Gianna Jun and her male partner, South Korean actor Lee Min-Ho. Female and male targets are separately the subject of two articles published by Bfaner, which reached more than 100,000 readers each.
Brands worn by the female character are predominantly Italian, with Miu Miu making the most frequent appearances, followed closely by Dolce & Gabbana, then by Valentino, Missoni and Blumarine. Although often judged as a bit flashy, “but still wearable by Asians”, the outfits find approval by the author of the article. Just like the French ones – from Chanel, Céline, Lanvin, Louis Vuitton (brief passage) – whose high prices are however emphasized.

Anglo-saxon brands on the radar screen

The author reserves her sarcastic comments for the Anglo-Saxon brands. Stella McCartney’s brown knitted dress is not unanimously approved. “Neither colour nor style are becoming, one cannot help wondering why spend $ 1,415 to wear an attire that makes you want to cry in the bathroom.” The author is not less critical of Tom Ford. It’s the brand “which sucks money out of the tuhao (土豪), the nouveaux riches” and which dresses the baifumei (白富美), the rich and perfect women with fair skin. The Ralph Lauren velvet cloak “is beautiful but it evokes an office curtain, at about $ 3,000.” The Ports 1961 striped dress is elegant but “only if one is granted a beautiful silhouette.”

English brands find favor in the eyes of the author only if it comes to outdoor brands (Fusalp) – the segment featuring the only Korean brand of the feminine selection (NEPA). Note that two male items of the English brand Represent and the Japanese brand Sacai are included in the decidedly eclectic female wardrobe, ranging from the most sophisticated ‘bling bling’ to the most loose sportswear.

As with a Sandro tracksuit, presented in the women’s side as “a French niche brand, with a concise but trendy style, which has seen a major development in recent years in shopping malls,” according to Bfaner, obviously not seduced.

Sandro is also featured in the men’s selection, but with another positioning as it is presented as a ‘light luxury’ (轻奢) brand that was recently acquired by a Chinese group – it will then be the only Chinese brand in the series.

The men’s side is dominated by Korean brands, which are much more affordable than Western ready-to-wear women’s brands. Legend of the Blue Sea provides a panorama of male Korean fashion with its sometimes French-sounding (Perdre Haleine) or Anglo-Nordic-sounding (Andersson bell) brands, from young (Nohant) to more established (Solid Homme) brands.
The author of the article notes that the selected outfits often include female stylistic elements, particularly among Ordinary People and Rocket x Lunch Korean brands. This is not surprising as the Korean man is often perceived as effeminate in China.
Bfaner also points out that the chosen brands frequently appear in other Korean series, like the English brand All Saints, which is, with the Italian Golden Goose, the Western exception in the tidal wave of Korean sportswear.
Suits and coats are also mostly Koreans, with brands like Mahagrid, KAI-aakmann, 87mm, but the Italian brands are making their mark with Armani, Versace, Neil Barrett, and Moncler, as well as the American brand Lord & Taylor.

The only French brand of the men’s selection is Feiyue, “popular sports shoes among Koreans in recent years”, says Bfaner. The author adds that “at 242 yuan, these are probably the cheapest shoes worn by the actor in the series”, where are also featured Giuseppe Zanotti sandals and Gucci tartan slippers.
For women, Adidas flip-flops are “the only footwear at less than 200 yuan in the series, the unique opportunity to look like a goddess.” The Korean sneakers Suecomma Bonnie (two items Miracle Sneakers and Million) are much less affordable (1,900 yuan and 1,300 yuan).
Prices are high for bags, majority Italian for women (Valentino, Gianfranco Ferré, Miu Miu) and Anglo-Saxon for men (Coach, Globe-Trotter). But the sunglasses are Korean, for the actor (Projekt Produkt) as well as the actress, who wears “the most Western model” of Gentle Monster, and the accessories brand Stone Hange, of which Gianna Jun is an ambassador.

Finally Bfaner outlines that the lipstick worn by Gianna Jun during the series, already dubbed ‘siren colour‘ (人鱼色), comes from the Korean cosmetics brand Hera. “Sales will surely explode”, believes the author, referring to the craze for Korean cosmetics in China, amplified by the impact of the series. 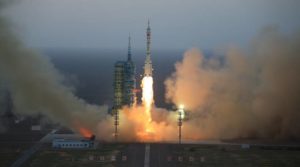 Rockets designers develop air purifiers
An article in the China Daily, which is, along…
Chinessima