What’s behind the appearance of numerous Chinese salespeople in the Paris luxury stores ? Far from happy to see many fellow countrymen – some of which speak limited French – recruited by the biggest luxury groups, the WeChat account “欧时大参” considers on the contrary that the Chinese are discriminated against, be they employed or customers.

Following the violent « Balenciaga incident » in the Printemps Haussmann, which infuriated Chinese Internet users, the Wechat account “欧时大参” (“let’s synchronize with European time”) has published a survey of Chinese employees in luxury department stores and boutiques in Paris. All said they were « not surprised » by the Balenciaga incident, since according to them, the guidelines are to treat differently the Chinese customers and not to be afraid to make them wait. Personalized reception is to be restricted to local customers, one of the interviewees having even read a memo prohibiting the staff from offering refreshments to the Chinese.

For the employees, the situation is not either a rosy picture, despite high expectations. « I thought I had won a dream job. But I have become disillusioned », said an employee. Upon hiring, the selection criteria are different. « Speak Chinese, that’s all we are asked to. Nothing is required in terms of sales experience, specialization or appearance », said an employee, who noted that his local colleagues were being much more handpicked.

And the outlook is apparently limited, management positions being reserved for the French. « Chinese customers buy much more than locals, but neither credit nor financial incentive is attributed to us on these sales, we are just considered as machines only qualified to receive the cash », deplored two employees who admitted, however, that many Chinese customers already know precisely what they want and simply produce their item lists on their mobile phone.

Another culture of luxury

The authors of the article, Pan Yueping (潘越平) and Yang Yuhan (杨雨晗), citing the 2017 McKinsey study on luxury in China which expects that Chinese consumers will represent 44% of the global luxury market in 2025 compared to 33% in 2017, are questionning : « while two-thirds of the Chinese luxury purchases are made outside of China, why not strive to capture this growth ? » An interviewee offers an explanation. According to her, the answer lies essentially in the “corporate culture” shared by luxury groups which clearly differentiate between « the authentic consumers » and the « occasional consumers ». Only the first category is being considered as worthy to be valued and maintained.

Investing in loyalty programs for many tourists and ‘daigou’ (buyers mandated by other Chinese remained in China), « has no meaning for luxury brands, although the purchasing power of these customers is very high », she continues. Moreover, treating local customers « like kings » can be explained by the fact that if they are unsatisfied, they will have time to complain, unlike the Chinese tourists with their tight schedules. And she concedes that the Chinese consumption of luxury goods is still immature. « In France, we don’t see many locals squeeze their Chanel bags in the subway, while in China, the attitude towards luxury goods is perhaps a bit too impetuous. »

However, the authors warn that the situation could evolve. They mention a Deloitte study that has observed a decrease in the price difference between China and Europe luxury goods. It has decreased from 41% in 2016 to 32% in 2017, which could eventually call into question the supremacy of « buying abroad ».

Chinese customers change, too. By 2025, the millennials should represent 45 % of Chinese buyers of luxury products. Less thoughtful than their elders, they will be less easy to retain because they are more sensitive to fashion and more impatient, the authors underline. The growth of e-commerce, for the moment hardly developed by luxury brands, could also bring new perspectives. And mark the end of the daigous as well as the queues of Chinese tourists at luxury stores. 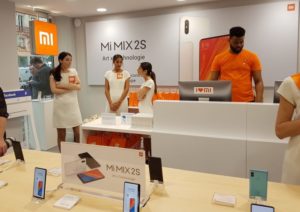