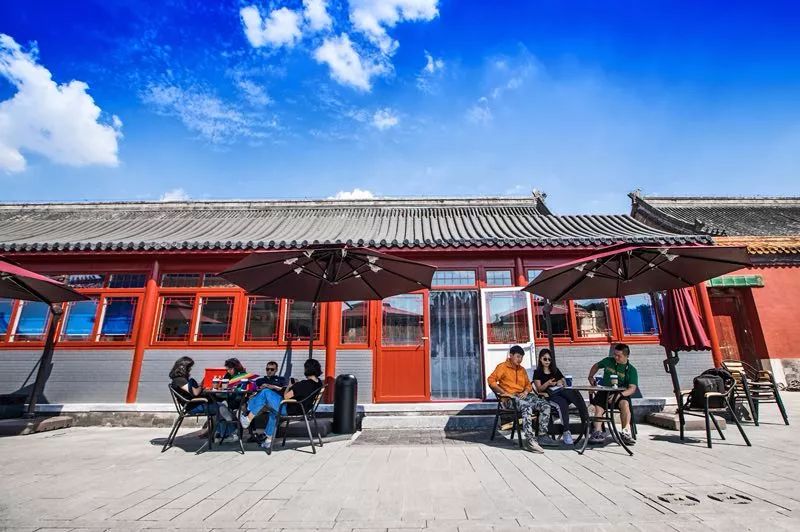 Eleven years after Starbucks was expelled from the Forbidden City, a new coffee chain has just opened. But this one is Chinese: Luckin Coffee (瑞幸咖啡), a Beijing-based startup which was just founded a year ago and currently has more than 500 stores. With cheaper drinks than Starbucks and an operating mode involving the ubiquitous use of smartphones, Luckin Coffee wants to take the lead over the American chain which has already taken over most premium locations in Chinese cities.

This opening in one of the most emblematic places of Imperial China is more welcomed by Chinese netizens than that of Starbucks in the early 2000s. The WeChat account MadMan (廣告 狂人), specializing in the analysis of advertising strategies, reviewed the many pictures posted on the net. 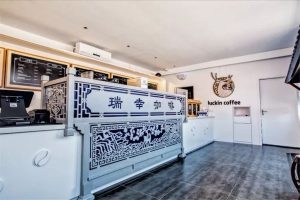 The chain has not only opened an additional store, it has pushed the concept very far in the theme of Imperial China, multiplying allusions to classical culture. The Luckin Coffee logo, a deer, is represented surrounded by a dragon and a phoenix on an embroidered sign. The counter is embellished with a bas-relief reminiscent of old aesthetic codes. « Well, says MadMan, who visited the place, this traditional style is modern and very avant-garde. » 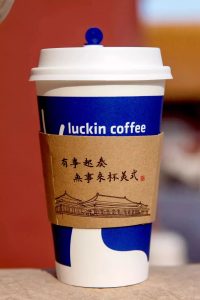 The packagings are elaborate. On the heat-resistant cupboard is drawn a stylized silhouette of the Forbidden City,  « full of charm », according to MadMan. The final touch is provided by printed proverbs that use the Imperial court language with elements of the current Chinese language of Internet users, « a delightfully funny linguistic combination. » MadMan also applauds the bags « decorated with some of the best known paintings of the Forbidden City, which bring refinement and subtlety to the brand. »

« Packaging has become one of the most popular media, he says. Beautiful packaging attracts attention and encourages young people to take pictures and share them on social networks, multiplying by two or three or four the effects of the communication campaign. » 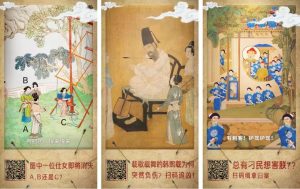 Luckin Coffe was also inspired by heritage when the chain designed in partnership with the Forbidden City an H5 WeChat, an interactive WeChat platform where users can interact through animations. It depicts a deer hunting during the reign of Qianlong, in the middle of the 18th century. After various playful steps, the hunted deer leads the user into the precincts of the Forbidden City to the Luckin Coffee.

This wise combination of tradition and new technologies, hailed by MadMan, is in tune with the times. « The popularity of this year’s Qing dynasty series such as Story of Yanxi Palace (延禧攻略) and Ruyi’s Royal Love in the Palace (如懿传) has set the trend for Imperial Court style », he said. The influence was also visible in fashion that went so far as to redefine Chinese luxury.

In this context, the use of traditional cultural elements improves the brand image. To MadMan, « whether it is to expand your market to young consumers or to upgrade your brand, this Luckin Coffee – Forbidden City cooperation is a case study. » 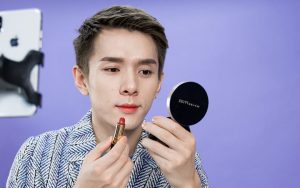