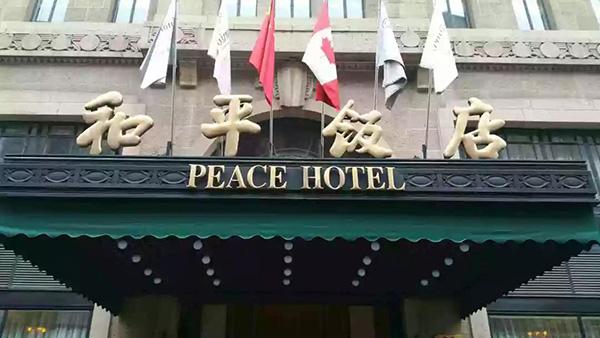 Western brands are no longer the only ones to be concerned about intellectual property in China. With the support of the Chinese government, local businesses are also getting involved. Some of them learned the hard way the importance of trademark registrations.

The Peace Hotel, one of the most famous emblems of the 20-30’s Shanghai, did not protect its historical name, which was deposited by another company. « This has an impact on the use and development of the brand » says the state-run newspaper Global Times, which investigated the city’s heritage brands. The jewelry chain LaoFengXiang (老 凤祥), which has just celebrated its 170th anniversary, has seen a rival chain be called ‘Hundred Years Fengxiang’ (百年凤祥) and spread in more than 20 cities across the country.

« There is a shortage of qualified staff for brand management and insufficient expertise in the field », says the Global Times which emphasizes that « the protection of brands has become an important issue for business development. » Shanghai’s dense and dynamic Huangpu district has recently offered brands to register in order to join the Madrid system. They can, after filing a single application and paying a single set of fees, apply for protection in up to 118 countries.

Very active on this issue, the Shanghai Municipality has defined a three-year plan (2018-2020) to support its ‘laozihao’ (老 字号), its heritage brands. The newspaper The Paper notes that among 222 identified old brands, 50 were eligible for the program and divided into categories.

The first is made up of « international brands » such as Bright Dairy (光明乳业) food products, LaoFengXiang (老 凤祥) jewelery, Shanghai Jahwa (上海家化) cosmetics and DHS (红双喜) sports goods. Some 100 initiatives are planned including the implementation of an international promotion platform. The goal is to help these companies develop their foreign markets.

Then the « brands with national influence » like Phoenix (凤凰) bikes, Warrior (回力) sports shoes and LeiYunShang (雷允上) pharmaceuticals will be encouraged to grow. Internet branding and brand promotion projects will be launched.

Other brands, such as the Longfeng (龙凤旗袍) qipao, are classified as part of the « intangible cultural heritage. » They will be the subject of cultural exhibitions focusing on the brand history.

A current trend in the Chinese market goes towards brand preservation: a taste for retro atmospheres and the flavors of yesteryear. The Chinese TV channel CGTN observes that the impact can be multiplied when brands do cross-industry collaboration.

The White Rabbit candy, « a familiar childhood snack for many Chinese people » has just launched with Maxam Cosmetics  (美加净), a Shanghai Jahwa brand, a lip balm sold on Tmall. This kind of collaboration could be the next big trend as it allows brands to attract more consumers, says the Sixth Tone news site.

The Sina portal notes that during the golden week (October 1-7), Chinese holidaymakers flocked to the old-fashioned tea rooms. And the Global Times reports that in Shanghai’s Huangpu district, time-honored food stores and restaurants are once again in fashion, like the Shanghai Harbin Food Factory (上海 哈尔滨 食品 厂).

Founded in 1936 by a Harbin-born Chinese baker, this Russian-influenced cake brand « is in the hearts and minds of many Shanghainese » says the Global Times. Its expansion into the city was accompanied by the opening of a Tmall store (哈氏, Ha’s) as well as Weibo and WeChat accounts. A way to stay forever young. 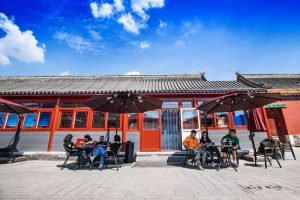