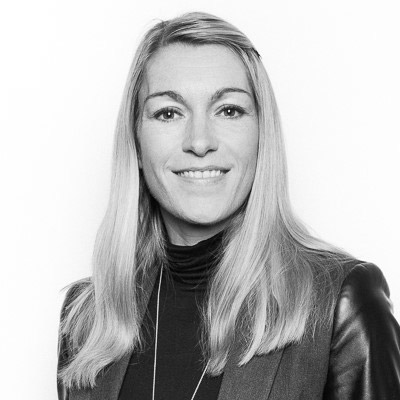 Currently operating in 83 countries, Nuxe has been taking for granted the need to reach the Chinese market. This was done in May 2017. Julie Bonnet, Chief Digital Officer at Nuxe, explained at a China Connect Morning how the French company used e-commerce – mainly the Tmall Global platform of the group Alibaba – to promote the brand and test the Chinese market.

Allowing foreign brands to sell products in China without bearing the burden of costs and administrative duties of a physical location, cross border BtoC e-commerce has experienced significant growth over the past few years in China, which should count 74 million of cross border shoppers in 2018, according to iiMediaresearch. Supported by Chinese authorities which see e-commerce as a tool to foster national consumption at the expense of purchases made by Chinese tourists abroad, the procedure is yet highly regulated.

For instance, Alibaba requires brands to resort to a TP or “Tmall Partner” based in China to make the link with the platform. Nuxe has thus partnered with NextBeauty, a company founded by Grégoire Grandchamp comprising a team of Chinese experts formerly employed by L’Oréal China and Alibaba. “Don’t go thinking that platforms will do the job for brands”, he asserts. “Our role is to understand how to collaborate with brands and to develop a sales and marketing strategy to make them succeed on Tmall”. To attract the largest possible number of Chinese internet users, the TP encourages brands to make good use of the Tmall agenda which revolves around 6 major promotional events, notably Singles’ Day on November 11th or “11/11”, an online 24-hour shopping day launched in 2009 by Alibaba.

In 2017, the Chinese giant announced a sales record of US$25.3 billion, a 39% increase over 2016, made at 90% through the mobile app – but also claims another victory, i.e. a move upmarket and a strong improvement of its brand image compared to the promotional sales events from its early beginning. The main innovation of the Tmall platform lies in the opening of a Luxury Pavillon dedicated to luxury brands, where Guerlain managed to sell a perfume at the price of 500.000 yuans (EUR65.000).

Cosmetics brands did not skimp on resources. Lancôme invited six Chinese celebrities to introduce its products from different perspectives. SKII designed a limited edition presented in a joyful and playful way. MAC made 200 models parade at the “See Now Buy Now” show organised by Tmall. Estée Lauder, L’Oréal and Shisheido installed pop-up stores during the time of the event…

“11/11 gains momentum through the integration of new codes such as premiumisation, customization, gaming and entertainment”, recaps Julie Bonnet. “11/11 is no longer a mere promotional event, but has become a major opportunity to bring together various brands, thus allowing us to combine branding and business.”

Nuxe chose to feature three ranges of products – l’Huile prodigieuse, Rêve de miel and the Crème fraîche de beauté. “Preparation is what matters most”, insists Grégoire Grandchamp, who urges the need to begin planning six months ahead of the 11/11 event. Nuxe mainly focused on influencers, calling for a nationally-recognised KOL (Key Opinion Leader)expert in the field of cosmetics, Wu Miao (吴淼), as well as four regional celebrities coming from areas around Beijing, Guangzhou, Chengdu and Shanghai, “with the aim of attracting 2 million followers.”

“Influencers play a critical role in today’s cosmetics”, asserts Grégoire Grandchamp. “Even brands which were originally little known in China like Leonor Greyl, whom we cooperate with, is currently expanding quite rapidly with the help of some KOLs.” However, he insists on the need to ensure that the influencers selected have a good knowledge of the brand and appreciate its products, “as a good influencer is someone who maintains a private and genuine relationship with the brand, who is a real fan. It is also important to establish long-lasting relationships with them, in order to avoid attracting fake followers.”

For Julie Bonnet, influencers even “dominate the media landscape in China”. “Yet, there is one critical aspect that you must consider, especially as a French brand. Indeed, you must give influencers free rein if you want to succeed in China. You must let KOLs get insight-driven.”

The outcome of 11/11 was “in line with Nuxe’s expectations, with 50 % of the sales turnover achieved for this first year which was rather short.” Brands usually achieve 35-40% over a normal year, indicates Grégoire Grandchamp, who assures that NextBeauty offers a long-term, balanced partnership between turnover and branding. “We give brands access to Alibaba’s data in English, to offer them a more targeted outreach in terms of customers profile and purchase trend”, he explains, adding that despite Tmall, NextBeauty regularly works with six or seven other platforms.

To resort to cross-border e-commerce, brands are not obliged to go through Tmall. Other platforms exist, such as JD.com, which achieved a sales record of US$ 19.2 billion this year at 11/11 (a 50% increase in comparison with 2016), Xiaohongshu.com or even the leader Kaola.com (member of the Chinese group NetEase), less popular in Europe. “The landscape becomes more heterogeneous, more prolific and more complex”, indicates Laure de Carayon, organizer of China Connect. “These are interesting opportunities for those who are willing to look deeper into it.”

This article was commissionned and published by Premium Beauty News

Meitu wants to impose itself as a brand partner 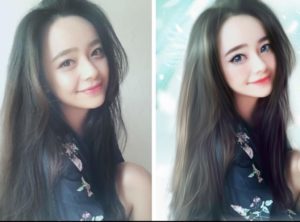