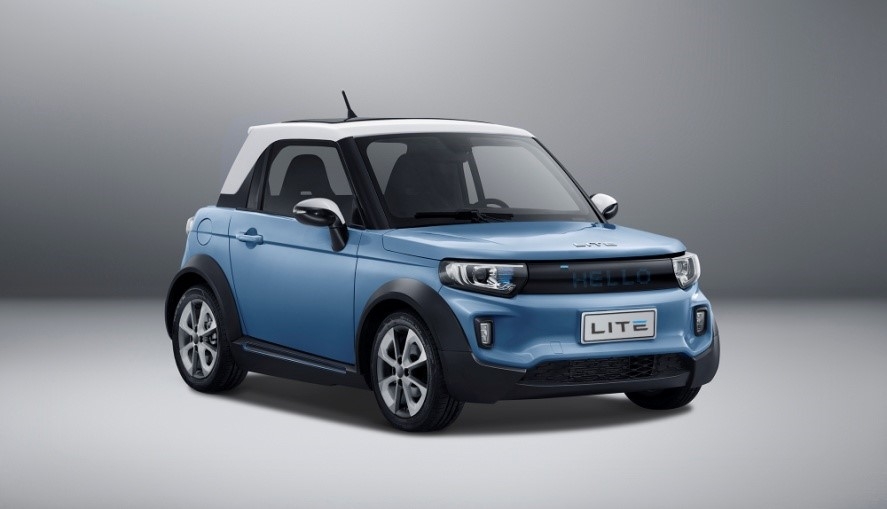 Beijing forecasts that China will be able to produce two million electric and hybrid vehicles annually by 2020. To reach this goal and fulfil a booming demand, local and foreign automakers are accelerating the timelines. The interest for lightweight materials such as carbon fibre is growing and local car component manufacturers are in their ranks.

China has taken an obvious leadership role in the electric vehicle (EV) production and market demand. According to the China Association of Automobile Manufacturers (CAAM), new-energy vehicle production and sales reached 517,000 and 490,000 units during the January-October 2017 period, a year-on-year growth of 45.7% and 45.4%, respectively. Pure electric vehicle production and sales respectively rose to 427,000 and 402,000 units, a year-on-year growth of 54.7% and 55.9% respectively.
The Chinese outperformed estimates in both the supply and demand. On the supply side, China’s government has made it a priority to create favourable conditions for EV stakeholders, including investors.
To achieve in the electric car market the global leadership that they missed in the conventional car market, China’s policymakers targeted electric cars for special support in the “Made in China 2025” industrial plan, which aims to foster upgraded, technologically advanced manufacturing. By 2020, Beijing expects its automakers to be able to churn out two million electric and hybrid vehicles annually – six times the number produced in 2015.
In September 2017, China’s Vice Minister of Industry and Information Technology, Xin Guobin, said that the country is working on a timetable to end the production and sale of vehicles that run on fossil fuels, potentially dramatically reshaping the global automotive market in favour of electric vehicles.
The country’s component suppliers offered a boost as well. A July 2017 report on electric vehicles by McKinsey & Company shows that China’s EV supply chain is superior to that of the United States.

A ceremony was held on 6 November 2017 in Changzhou, a Chinese city located in the Eastern Jiangsu Province, to implement a “new-energy vehicle carbon fibre body and components project”. KDX Group, BAIC Group and Changzhou Hi-Tech Group jointly invested CNY 12 billion (US$ 1.8 billion) to finance the project, which is divided into three phases. The first phase will begin in June 2019, when the factory comes into operation, and eventually, six million parts should be produced annually.
Zhong Yu, chairman of KDX Group, recalls that in 2014, his visit to Germany opened the course of a China-Germany innovative partnership to build a lightweight eco-platform for carbon fibre. “ On 1 June 2017, with Premier Li Keqiang’s visit to Germany, I briefed the two Prime Ministers on the fruitful achievements of the past three years, and reported that the lightweight eco-platform has been successful”, Zhong Yu said.
The eco-platform includes the ZAX carbon fibre body and parts manufacturing plant, located in Langfang, Hebei Province. According to Zhong Yu, “with a total investment of CNY 3 billion (US$ 450 million), the plant will produce annually 50,000 carbon fibre bodies and 1.5 million carbon fibre parts for new-energy vehicles using technologies such as HP-RTM, surface RTM, wet pressing, C-SMC and PCM.”
“Our carbon fibre lightweight ecological platform has been recognized by the world’s leading manufacturers. BMW, Audi, Mercedes-Benz, BAIC, NIO, Volvo, SAIC, Dongfeng, Guangzhou Automobile, Chang’an, Geely Automobile and 57 other car companies are willing to expand cooperation to jointly promote the development of new-energy lightweight vehicles”, Zhong Yu asserted.
Around Changzhou, the Yangtze River Delta region has become an important layout base for China’s new-energy vehicles. According to incomplete statistics, among the 30 cities forming the Yangtze River Delta urban agglomeration, 14 cities have been or are planning to implement a new-energy vehicle project, and there are currently 20 new-energy vehicle projects in progress. The cumulative planned capacity reaches 2.8 million vehicles and the cumulative planned investment is CNY 71.5 billion (US$ 11 billion), according to KDX Group.
As one of the leading enterprises regarding China’s new-energy vehicles, BAIC Motor has been cooperating with KDX Group in the new field of lightweight carbon fibre parts. The company’s General Manager Zhang Xiyong declared that “BAIC Motor is fully committed to the layout of the new-energy vehicle industry and has now pushed the operating range from 200 to 400 km, fully meeting the consumers’ differentiated needs. During the 13th five-year plan period (2016-2020), the BAIC New Energy plan is to achieve annual sales of 500,000 vehicles and an annual operating income of CNY 60 billion (US$ 9 billion). Carbon fibre’s low weight is key to the development of new-energy vehicles. BAIC Motor and KDX Group are already “old friends” in terms of carbon fibre close strategic cooperation.”
For BAIC’s ARCFOX-1 pure electric vehicle – a brand aimed at young hipsters living in large cities – KDX Group designed and developed the first integrally-moulded carbon fibre upper body structure. Furthermore, with its carbon fibre front cover, the BJ80 SUV has pioneered the domestic large-volume application of carbon fibre lightweight automotive components.
German lightweight automotive specialist Koller Group, which has just been acquired by the Fosun Group, follows the trend as it announced that it will both strengthen its market position in Europe and explore new production locations and expansion opportunities in China.

Starting from 2019, all car manufacturers in China will be subject to ambitious sales quotas of “clean vehicles”, calculated according to a complex system of credits. Stirred by the perspective of quotas, Western car manufacturers have rushed to forge new partnerships with Chinese groups – a regulatory obligation – to boost their production of electric vehicles in the country.
Volkswagen, the first foreign manufacturer in China with 3.98 million units sold last year, up 12%, has announced its strategy to deliver 1.5 million new-energy vehicles by 2025 and launch 15 locally-produced new-energy vehicles in the next 2-3 years. To reach this goal, the German manufacturer has added a vehicle manufacturing joint venture partner, JAC, to its long-term joint venture partners SAIC Volkswagen and FAW-Volkswagen.
In July 2017, Daimler and its Chinese joint venture partner BAIC Group agreed to jointly invest CNY 5 billion (US$ 735 million) in battery electric vehicle production in China by 2020 and to provide the infrastructure needed. One month earlier, Daimler and BAIC signed a framework agreement to upgrade their production facilities at BBAC – their joint venture Beijing Benz Automotive Co., Ltd. (BBAC) – to manufacture new-energy vehicles and sell them under the Mercedes-Benz brand.
Since 2012, Daimler has partnered with BYD, China’s leading manufacturer of electric cars holding 22% of the market, to produce and sell electric vehicles under the Denza brand.
In August 2017, Renault-Nissan and long-time partner Dongfeng established a joint venture to develop an electric model based on a small SUV platform developed by the French-Japanese alliance. Called eGT New Energy Automotive Co., the joint venture will produce the electric vehicles at a factory in Shiyan, Hubei Province.
In November 2017, Ford Motor Company and Zotye reached a final agreement to establish Zotye Ford Automobile Co., Ltd., a joint venture that plans to offer a range of all-electric vehicles for consumers in China under a new indigenous brand. The new company will leverage a combined investment of CNY 5 billion (US$ 756 million) – a manufacturing plant will be constructed in Zhejiang Province.
Being owned by Chinese car manufacturer Geely, Volvo can produce and sell vehicles in China without having to follow the rules applicable to foreign companies. The company has started manufacturing its performance electric cars – whose main body parts are made from carbon fibre – under the Polestar brand at a new factory in China, the Polestar Production Centre located in Chengdu, Sichuan Province.
Tesla, the first foreign brand of electric cars in China with 13,700 electric vehicles sold between January and September 2017, i.e. more than 80% of the new-energy vehicles imported to China during the period, is the only foreign carmaker to have established a manufacturing site without Chinese partners. This was a first. In November 2017, Tesla reached an agreement with the Chinese government in Shanghai to build a production facility in the city’s free-trade zone. The deal is undoubtedly beneficial to the entire car supply chain in China and it could drastically cut production, labour and transportation costs for Tesla cars sold in China. However, some industry observers argue that the cars produced under the new factory deal are still likely to be considered as imports and face a 25% duty.

According to the July 2017 McKinsey report, as for demand, China’s high marks are evidenced not only by the number of vehicles sold but also by the variety of choices available. Approximately 25 new EV models were introduced to the Chinese market in 2016. By 2020, a Chinese consumer will be able to choose from hundreds of different EV models.
China provided monetary subsidies to launch and sustain the EV market but the government said it will gradually shift from direct subsidies to non-monetary incentives by 2021.
In 2016, the country expanded its EV-charging infrastructure to a total of 107,000 public charging outlets – a 118% increase over 2015. The State Council said China would build more than 12,000 new charging stations before 2020 to fulfil the demands of over 5 million plug-ins.
Still, Chinese EV penetration in its light-vehicle market was 1.4% in 2016, whereas it was about 24% in Norway. In relative terms, electric vehicles are still a tiny market in China and represent large growth opportunities.

This article has been commissioned and published by JEC Composites Group 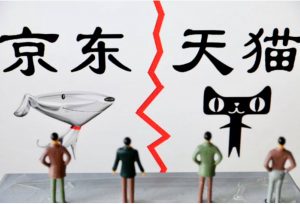 What the Chinese press says about the duel Tmall – JD.com
The recent opening of a JD.com office in Paris has…
Chinessima