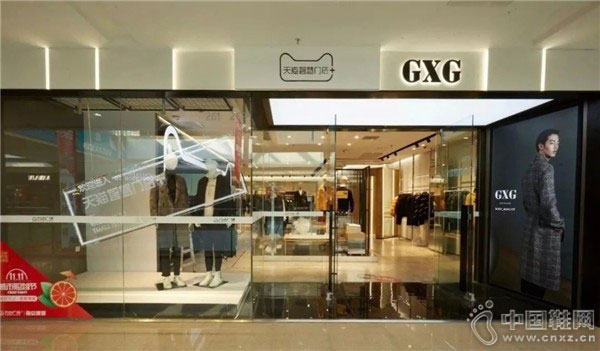 In partnership with Tmall, the men’s fashion retailer GXG opens physical smart stores. The goal is to collect data on its customers and return to « the essence of retail. »

“Why GXG won over both LVMH and Alibaba” This title introduces a long article published on the Chinese information website specialized in fashion and shoes business www.cnxz.cn (中国鞋网). The article is interested in the Ningo-based men’s street fashion brand, GXG, which only began to make speak about it in the Western press last March. Bloomberg announced its listing on the Hong Kong Stock Exchange, confirmed six months later.

« Compared with many Chinese ready-to-wear brands that launched in the late 1990s, GXG, founded in 2007 by China’s Mulsanne Group (中哲慕尚集团), is a latecomer », says the article. It points out that this late arrival, while Chinese e-commerce was booming, allowed the brand to « move directly to the online-offline integration step. Its stores now account for nearly 70% of sales, with 2,213 retail stores across the country. »

In 2017, GXG entered into a strategic partnership with Tmall, Alibaba Group’s e-commence platform. Interestingly enough, the deal does not cover the brand’s e-commerce but its physical stores. « In response to pressures from the global retail market recession and changing consumer groups, the previously low-key GXG brand has been thinking out of the box by developing a new retail strategy », the article continues.

The two partners opened on Nov. 4 in Nanjing a first smart store (photo above, source 中国鞋网). « Unlike many new stores that are more a brand statement than actual sales generators, GXG and Tmall’s smart stores revolve around consumer behavior itself, with the aim of increasing physical sales through the use of more accurate data », details the article.

The Nanjing store breaks down the consumer experience into six scenes, trying to increase the convenience and intelligence of buying at every step of the way. Smart devices such as interactive game screens, adjustment mirrors, RFID sensors are installed in each scene. Facial recognition according to gender and age of the client and targeted orientation in the store are also set up.

« GXG’s ultimate goal is to influence the design of articles and guide the production process by observing and analyzing consumers for more detailed and comprehensive portraits », the article explains. In other words, the essence of new retail is to improve business efficiency, including inventory and supply chain management, product selection and logistics. And the guideline of this new concept is the data collected. »

Before the smart stores collaboration, GXG and Tmall already knew each other: GXG opened a store on Tmall in 2010 and broke records at the Singles’ Days to the point of being the champion brand of men’s ready-to-wear on November 11, 2016. In the same year, L Catterton Asia, the private equity firm backed by LVMH group, acquired a majority stake in the company.

« GXG is the only brand in Asia in which the LVMH-backed fund holds more than 51% », the article says. « Just as it was the ‘unexpected winner’ of Singles’ Day, GXG could be the ‘Xiaomi’ of the Chinese ready-to-wear market. » 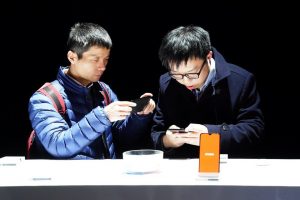