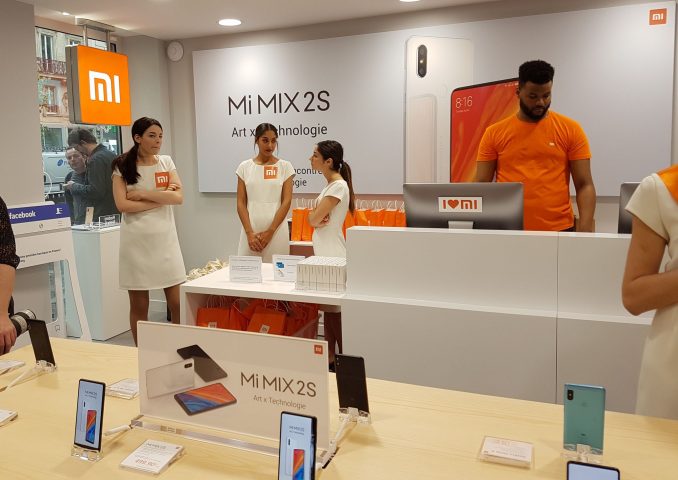 China Brand Edit is a monthly curation of business news and reports which have a direct impact on the reputation of Chinese and international brands in China and globally. During May 2018, some brands – Xiaomi, Huawei, Shake Shack…- enjoyed positive press coverage while other brands – Givenchy, Gap, 小鸣单车… – did not.

→ China on course to overtake USA as world’s leading source of foreign trademark applications by 2020 (PR Newswire) Globally, 60% of trademark applications in 2017 were on the China register. More applications were submitted in a week in September 2017 than were submitted to the European Union register in all of 2016. And the proportion of global trademark applications filed in China is still growing.
→ Study: Chinese Consumers More Sceptical As Trust In Brands Declines (The Holmes Report) For Chinese brands looking to make the leap into global players, the results of this RepTrack 100 study are instructive. “Who you are is more important than what you sell,” said CEO Peter Prodromou.

→ 中企加速并购国际时尚品牌 投后本土化改造是关键 Chinese companies to accelerate acquisitions of international fashion brands – after the merger, localized transformation is key (Caijing) With more and more foreign brands or even completely unknown brands entering the Chinese market, the next question is: can China’s consumer market fully digest them ?

→ Xiaomi Expands in Europe With First Store in Paris (Bloomberg) The U.S. may prove to be a whole different ball game. A tough stance by President Donald Trump against Chinese technology companies has already caused turmoil for the likes of ZTE Corp. and Huawei Technologies Co.

→ Huawei’s Honor brand breaks out in Britain as Chinese smartphone makers buck Europe’s slowdown (South China Morning Post) The two leading smartphone vendors in Europe, Samsung and Apple, reported 15.4 per cent and 5.4 per cent declines in shipments during the first quarter, while Chinese brands Huawei and Xiaomi expanded shipments by 38.6 per cent and over 999 per cent respectively.

→ Starbucks says aims to triple China revenue by 2022 (Reuters) Starbucks dominates China’s coffee scene, although it is seeing more competition from smaller rivals, similar to how it is coming under pressure from a “third wave” of boutique coffee sellers and cheaper rivals in the United States.
→ Shake Shack pushes further into Asia with new Hong Kong location (Eater) Though the mainland Chinese market is already crowded with U.S. fast-food chains including McDonald’s and KFC, it presents massive opportunity for American brands: China’s fast-food industry is currently growing more than three times faster than the U.S. fast-food industry

→ L’Oréal connects with Chinese consumers through new WeChat HeyTea campaign (Global Cosmetics News) Not for sale to the general public, the Hey Tea x L’Oréal lipstick gift box can be won through giveaways or purchased in the Hey Tea online shop using its member points. Spread out across WeChat, Weibo, and Douyin, there are unique giveaways on each platform with WeChat asking consumers to leave a comment sharing why they want the lipstick set.

→ SMCP Opens 100th Store in Mainland China (WWD) Despite the fast-paced growth, the French company controlled by Chinese textile conglomerate Shandong Ruyi Group still counts fewer stores than other luxury brands in China, added CEO Daniel Lalonde, noting that Sandro and Maje each have around 45 stores. At just over 1,000 square feet, the stores are typically smaller than those of larger luxury labels, he added.

→ 《2018互联网+中国品牌发展报告》：转型与均衡 中国品牌带来“美好生活” (Caijing) On May 10, 2017 was launched the “Chinese brands day”. One year later, how far have they gone in meeting their objectives ? What hurdles and challenges did they have to face ?

→ Gap apologizes for China T-shirt that didn’t include Taiwan (CNN) A user on Chinese social network Weibo posted photos of a T-shirt they said was on sale at a Gap store in Canada, complaining that its design left out Taiwan and islands claimed by Beijing in the South China Sea. The US clothing brand is the latest international company to find itself in hot water over Chinese territorial issues.

→Etam sells China ready-to-wear operations to Hong Kong investor (Retail News Asia) The deal includes the local businesses of brands Etam Weekend, ES and E & Joy, as well as a license agreement for the use of trademarks using the name Etam. However, the French textile company will retain its lingerie business, which is trading well, internationally, including in China.

→Chinese netizens unimpressed by Meghan Markle’s Givenchy gown (Jing Daily) Retailers can no longer rely on respect for Western brands – on the contrary – many young Chinese shoppers are choosing to purchase closer to home, as more local talent evolves.

→ Luxury brands still struggle to Crack the red hot Chinese market, but they’re adapting (Forbes) To build up interest in a brand in China from a low base takes a strong marketing strategy and money. This is something that luxury firms, both foreign and domestic, have to face.

→ 禁给中国人提供饮料？揭法国奢侈品行业“潜规则” No beverages for the Chinese staff ? Exposing the « unspoken rules » of the French luxury industry” (China QiaoWang) After the “Balenciaga incident” Internet fury, the reporter with the Wechat account “欧时大参Europe Time” interviewed a number of French well-known luxury brands industry insiders about their work experience as well as Chinese luxury consumption behavior in France

→ 扩大进口进什么？化妆品、母婴用品、钟表眼镜需求高What kind of imports are on the rise ? Cosmetics, baby products, clocks, watches and glasses (Caixin) As consumers are most concerned about safety and consumer demand for imported goods is strong, distribution companies are relatively cautious about increasing supply

→ ZTE to Replace Top Exec as China Seeks to Lift U.S. Ban (Bloomberg) ZTE Corp., the Chinese telecom company that’s become a focal point of the nation’s trade dispute with the U.S., has replaced one of its most powerful executives in a move that may signal efforts to placate American demands.

→ 小鸣单车进入破产程序 自行车厂商触雷 XiaoMing Bikes company goes bankrupt (Beijing Business Today) The problem of XiaoMing back deposit is finally coming to an end, but the impact of the incident remains on the bicycle sharing industry 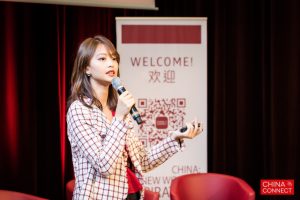