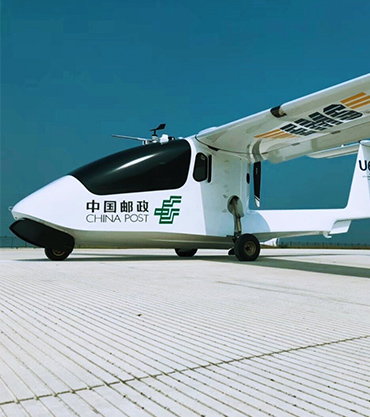 The Chinese drone industry is booming. Behind the media coverage of events such as the test flights of the Ehang passenger drone, the whole industry is growing with both the state and private sectors sometimes cooperating with each other.

The Aviation Industry Corporation of China (AVIC) announced last July that it is pursuing a solar-electric, long-endurance unmanned aerial vehicle (UAV) development programme called Qimingxing (启明星, Venus). To this end, the company has partnered with carbon fibre and composite material manufacturer Jiangsu Hengshen for the complete assembly of a prototype with a 20 m wingspan. The prototype features a carbon fibre structure with all-weather flight capability, with the main wing structure having a chord length of 1.1 m and a weight of 18.9 kg.

As the capital city of the Sichuan province and one of the most important aviation industry bases in the country, Chengdu gathers more than a hundred drone-related enterprises. On December 2017, the city hosted China’s first THX Unmanned Aerial Vehicle System Application Development Conference. The event was seen as an important move for promoting the development of the civil aviation industry.

At the meeting, composite materials manufacturer Kangde Composites signed a project launch agreement with Sichuan Tengdun Technology and formally kicked off the trial drone project. Tengdun Technology is a young Chinese high-tech company jointly created by aviation technology experts and large state-controlled investment companies. The application scope of its drones includes logistics and delivery, a crucial area in a country where e-commerce is expanding at a fast pace.

E-commerce giant JD.com announced a series of new agreements with aviation companies, Northwestern Polytechnical University and local authorities in Shaanxi Province, laying the groundwork for the rollout of one of China’s largest and most advanced drone networks.

JD will partner with Northwestern Polytechnical University to continue its development of logistics drones, including heavy-load drones that will be able to carry over a ton. JD will invest in related studies and talent development with the university, while both parties will cooperate to develop, manufacture and test industrial-level drones.

Besides e-commerce players, almost all of China’s large couriers, such as China Post and SF Express, have begun to invest in research and development on delivery drones, according to state media China Daily, which indicates that analysts have said drones will play an increasingly significant role in the country’s skyrocketing online shopping industry.

China Post, the domestic network that covers the most rural areas, started the pilot operations for a drone mail programme in 2016. The company selected the U650, an amphibious drone developed by UVS (pictured above), a privately-owned Shanghai-based company. UVS explains that logistics drones will rely on the existing network resources of China Post and reduce delivery times while reaching non-densely populated and remote areas. The 5.85-metre-long unmanned seaplane, with a full carbon fibre fuselage, can carry up to 250 kg of cargo. The drone is capable of take-offs and landings from short unpaved airstrips, grassland or water.

Ehang, a Guangzhou-based company founded in 2014 that specializes in unmanned aerial vehicle (UAV) technologies, is also active in logistics, but the company made the headlines early 2018 as it unveiled footage of the latest test flights of their self-flying passenger aircraft. According to the company, the Ehang 184 series is the world’s first passenger drone capable of carrying a single person at up to 130 km/h and in force 7 typhoon conditions. Earlier in 2017, at the fifth World Government Summit, the drone company and the Dubai Roads and Transport Authority (RTA) announced a partnership to jointly promote and introduce the EHang 184 autonomous aerial vehicle into Dubai with the aim to build the world’s most intelligent transportation system.

These drone applications for logistics distribution and passenger transportation have entered the legal operation phase, with Chinese companies and relevant authorities working together to establish industry policies and standards. Another area of application is already massively commercialized: the drones for consumers using aerial and hand-held cinematic solutions. This segment is dominated by the Chinese DJI (大疆), which was founded 12 years ago in the Southern city of Shenzhen. The company now employs 12,000 people, one fourth of whom are working as R&D engineers in 17 offices around the world. The company specifies that its consumer drones do not use composite materials but are mostly made of PC (polycarbonate).

This article was commissioned and published by JEC Group.

How Ehang announced its set up in Lyon

When the Chinese will be skiing in the French Alps 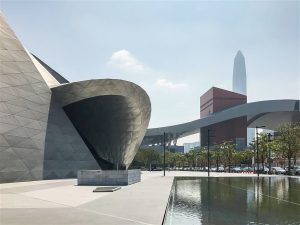 Shenzhen, the Chinese city that knows how to maintain its brand image
The city managed to be unaffected by China bashing that…
Chinessima