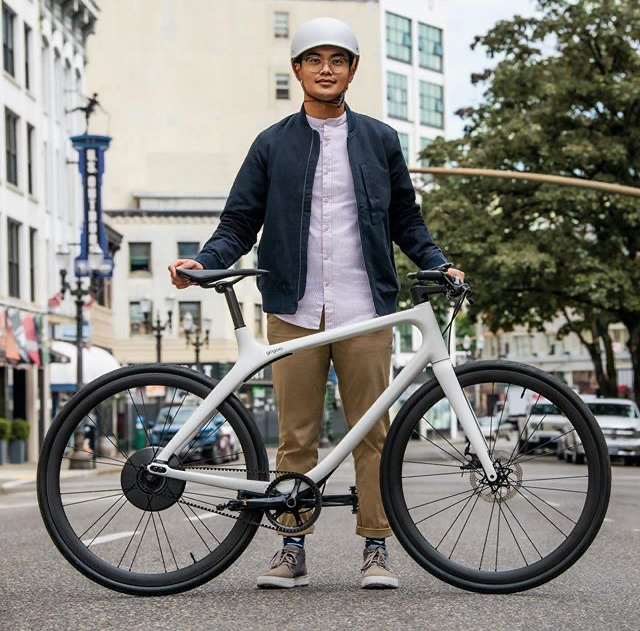 Gogoro Inc (睿能創意) launched its first electric bicycle, the Gogoro Eeyo 1, in Taiwan, after unveiling the bike in New York in late May and in France in July, before other European countries like Germany and the Netherlands.

Gogoro Eeyo 1s weighs only 11.8kg — almost half the weight of electric bikes on the market, the company said. Its feathery physics are assisted by the use of carbon fiber for the frame, fork, seat post, rims, and handlebar. The bike comes in two models: the Eeyo 1s, which sells for US$4,599 and the Eeyo 1, which, featuring a few elements in aluminum, weighs 12,6 kg and runs at the lower price of US$3,899.

The major difference between these two bikes and more classic electric bikes is the near absence of the elements that usually characterize an electric bike. Thus, no battery is visible, the crankset seems traditional and no indicator or control box is present. Gogoro has made the choice of sobriety by including motor, battery and sensors in the hub of the rear wheel, which the company calls the “Eeyo Smartwheel.” This calculates the cyclist’s effort and adapts the power accordingly.

Coupled with a smartphone and the dedicated application, it is possible to change the operating mode of this smart wheel, either in Sport mode or in Eco mode. Thanks to the 123 Wh capacity, the first will offer 65 km range, the second 88 km range. In addition, the smartphone acts as an anti-theft system, automatically locking the wheel when the owner leaves.

“There are various types of city commuters. We will not focus on only one type. We want to expand our reach to overseas markets by offering different technologies and products. The electric bike market is much larger than that of electric scooters,” Horace Luke (陸學森), cofounder and CEO of Gogoro, said to the local media Taipei Times.

Gogoro was founded in 2011 in Taiwan and first developed electric scooters. What sets the company apart is the creation of an energy network—really a web of distributed chargers around a given city. These kiosks are where a rider swaps a depleted battery for a fresh one. More than charging stations, these modules serve as an amenity for businesses. They can help coffee shops, convenience stores, and even gas stations attract customers.

Luke said that like its electric scooters, the bike was developed to become a “platform.” The modular motor enables other small- and medium-sized manufacturers that are not able to develop electric bicycles to immediately install them on existing bikes without redeveloping the frame. Luke said this allows the bikes to be instantly electrified and networked.

This is an extract of an article commissioned by JEC Group and published in Chinese on its WeChat account. 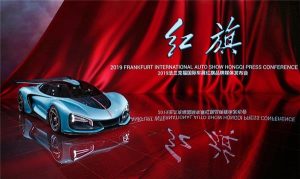