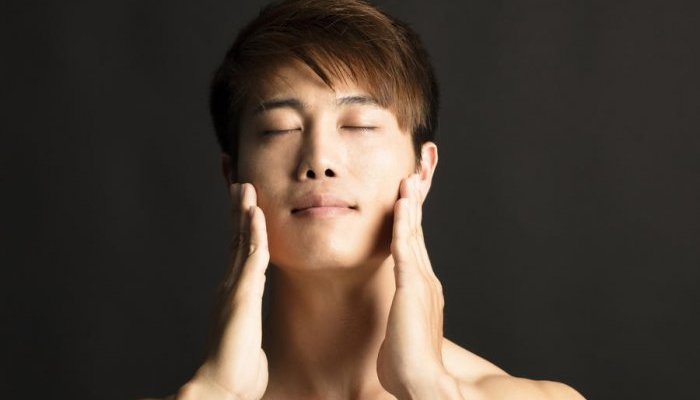 The physical appearance of male ambassadors and influencers recruited by beauty brands in China earned them the name of xiaoxianrou (小鲜肉) on the web: ‘little fresh meat’, literally. For example, the Florasis brand (花西子) chose soprano singer Zhou Shen to embody their makeup range inspired from oriental traditions. And influencer Li Jiaqi was nicknamed ‘lipstick queen’ by the Chinese media: according to them, he sold 15,000 lipsticks livestream on Alibaba’s Taobao platform in only five minutes, just by testing a few models himself.

“There is a ‘soft’ representation of men (in advertisement as well as TV series and movies) targeting women – the Little Fresh Meat ‘poppy dogs’, these prepubescent looking men with flawless skin, wearing make-up, with sophisticated hairstyles, projecting the ideal, sensitive and romantic boyfriend,” explains Laurence Lim Dally, CEO of Hong-Kong-based intercultural branding agency Cherry Blossoms. To her, the trend in China is more about representing Little Fresh Meat to promote female cosmetics, which both Chinese and Western brands would do. Most cosmetic brands would target men with products men and women can both use.

However, this representation of masculinity, partly influenced by the South-Korean pop culture, also seems to have an impact on the men’s market. Already the first in the world, the Chinese men’s cosmetics market was estimated at 12.5 billion yuans (1.9 billion USD) in 2020 by market research company Mintel, and should rise by 50% to reach 18.5 billion yuans in 2025.

The object of everyone’s desire, this dynamism triggered the emergence of local brands, like Coen (科恩), Just A Cool Brand (JACB), or Make Essense (理然), which are seeking to capture this market, still dominated by major groups. According to Mintel, L’Oréal, Beiersdorf, and Japanese group Rohto share 60% of the men’s cosmetics market in China.

Press agency Reuters says six new Chinese brands managed to raise over 300 million yuans thanks to investors. They aim to get as successful as compatriot Perfect Diary, who achieved a meteoric rise among the young Chinese women generation with playful, affordable cosmetics and countless promotional campaigns.

In light of these new players, other advertising imagery might make a comeback. According to Laurence Lim Dally, “the representation of masculinity in China remains dual. At the opposite of the Little Fresh Meat, brands targeting men still represent more ‘macho’, traditional representations of masculinity.”

“With the rise of national pride, fueled by the successful management of the Covid-19 crisis by China, more ‘manly’ representations of men emerge, notably through patriotic action movies embodying China’s superpower”, she adds. Patriotism may have also revived the polemic against men wearing make-up or earrings, called ‘Sissy pants’ by China’s influential state media Xinhua, in 2018.

After revolutionizing the market, in particular with the Chanel Boy makeup range in 2018, and then the unisex Givenchy Mister range, how can Western brands position themselves on this complex market? “As Western brands may be more at ease with inclusive representations of gender, they may have a card to play to forge new aspirational masculinities in China, which would stay away from the Little Fresh Meat persona, while expressing more gender fluidity,” suggests Laurence Lim Dally. “Chinese brands might remain more conservative when representing masculinity for the male gaze,” she concludes.

Has China become a country-of-design? 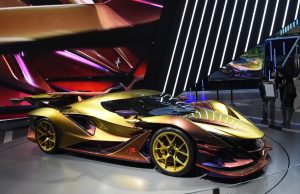 Apollo IE, the German-born hypercar, is now owned by a Hong Kong listed company
A new chapter has begun in March 2020 when Apollo…
Chinessima