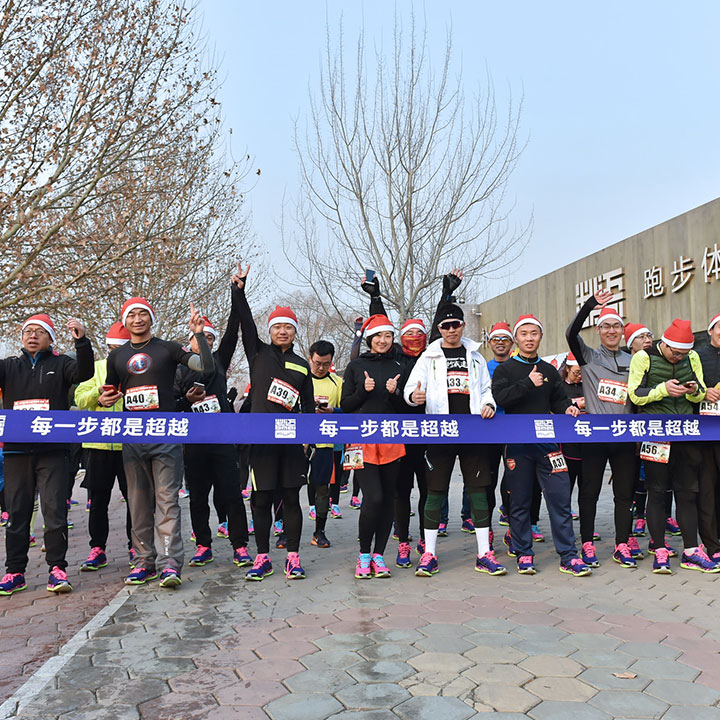 Chinese athletic wear start-up Bmai (必迈) collaborated with Covestro to develop high specs running shoes using Maezio™ composite materials in the shank. The aim was to make products that will attract serious athletes, but with an equally attractive price tag.

Ever since the first running shoes were introduced, it has been a race for increasingly lighter, more reinforced and better cushioning materials. Nike, for example, has been using carbon fibre-based thermoset composites in shanks and soles for a long time. But, according to German-based materials manufacturer Covestro, « these materials have been held back by a lack of cost-effective and scalable manufacturing processes, driving up the price and making it difficult to integrate them into high-volume products. »

Under the Maezio™ brand name, the company distributes continuous fibre-reinforced thermoplastic composites (CFRTP), « which are as strong as metal yet light, freely formable and can be recycled at the end of their useful product life. The brand gives us a clear and strong identity to further expand our expertise in thermoplastic composites », says David Hartmann, Covestro Senior VP Growth Ventures. « We believe the new brand can truly bring value to next-generation products across industries by delivering a combination of lightweight construction, specific strengths and finishes at a scale unreachable by advanced materials today. »

Centre of gravity in China

Maezio™ is based on continuous carbon or glass fibres impregnated with polycarbonate, thermoplastic polyurethane (TPU) or other thermoplastic resins. From these components, Covestro produces unidirectional reinforced tapes and sheets at the production site in Markt Bibart, south Germany, for further processing by customers. However, the centre of gravity for Maezio™ thermoplastic composites is in Asia. After the global recession, the company realized that China was the largest single market for its products. Therefore, it opened global headquarters in Shanghai in 2011.

« When I found out about the thermoplastic composites from Covestro, it didn’t take long for me to realize these materials would be extremely valuable in terms of technical performance and manufacturability », says Axis Liu, Head of Design at the Chinese athletic wear start-up Bmai (必迈).

Launched in 2014, the company, whose name’s meaning in Chinese can be translated as “go ahead!” and is a Chinese transliteration of “be myself”, is located in the middle of Beijing’s largest recreational park and each employee has a running goal (photo above © Bmai). Its design studio consists of a team of designers with experience in the industry, including at the Chinese sportswear giant Li Ning, which is where Axis Liu started out as a designer. At Bmai, he is firmly steering the team’s efforts towards making products that will attract serious athletes, but with an equally attractive price tag.

Plans were made quickly for creating a limited-edition version of the Mile 42K Lite, using Maezio™ in the shank – a support wedged between the in- and outsole of the shoe that helps stabilize the runner’s feet.

« Our business model is built around making the best possible athletic wear available to as many consumers as possible. We do this partly by avoiding traditional distribution channels. Bmai does not have a lot of retail stores — 70% of our sales are online. The few stores we do have are called “experience centres” and offer education for customers about their products. We also spend very little on ads to keep costs down and pass these savings on to our consumers. But naturally, it also means that we look very carefully at materials and manufacturing processes before making decisions. In this context, Maezio™ fits the bill », says Axis Liu. Given that the high specs Mile 42K Lite is available at CNY 399, or about US$ 58, it can target the ever-growing community of recreational marathon runners.

The sports column and public opinion data centre of Chinese state-run media People’s Daily recently published a list of China’s top marathons of 2018, based on surveys of runners who answered questions about race events across the country. The list names the top 100 marathons out of over 300 that took place in China last year. On top of the list rank the marathons held in Beijing, Shanghai and Lanzhou (Gansu province).

Unsurprisingly, the Chinese clothing and sports shoes market is booming. Euromonitor International assesses its growth at 12% in 2017, to CNY 212.1 billion (US$ 31 billion). And the pace should not slow down until 2022, while sports and more active lifestyles are promoted by the Chinese government and are gaining popularity in the 18-30 age group.

Other Chinese sports brands are using composite materials in their running shoes. 361°, one of China’s major clothing and sports group, along with Anta Sports Products (who acquired Finnish group Amer Sports last March) and Li Ning, has its own mix of materials. « QU!K Spine is a carbon fibre plate that adds integrity to the midfoot and provides stability and support. The Stone Shield rock plate is a fibreglass protection that adds trusted protection under the forefoot », says the brand. 361° also developed carbon fibre-reinforced rubber for certain outsoles to prevent abrasion.

Compared with other brands such as Nike using composite materials, what does Bmai add specifically in terms of running shoe performance, besides being sold at a much cheaper price than the Nike Vaporfly 4%? « Shanks mainly protect shoes against torsion. Midsoles (like in the Vaporfly 4%) however, mainly increase stiffness to provide a sensation of propulsion/energy return », explains Yvonne Qian, Marketing Communications Manager at Covestro. Nike originally designed this model to help break the two-hour marathon barrier. The company claims their use of composites and other technology in that shoe returns 4% of the runner’s energy back to him or her.

« In the case of the Bmai running shoes, Maezio™ brings a combination of lightweight/thin design and tailored torsional strength », Yvonne Qian continues. « It’s not so much about adding performance as tailor-making properties based on performance requirements from different brands and different types of shoes. Take shanks for example, brands may have different requirements on the torsional resistance of the part, and when it comes to shoe types, basketball shoes in general need to have a higher torsional resistance than running shoes. We then customize solutions with different layup designs – it all comes down to fibre orientation, part thickness, as well as what kind of resin matrix to use. »

According to her, what makes China stand out from other markets is a general willingness to embrace and try new technologies. Covestro is already working with a few other Chinese sportswear brands to use Maezio™ in running and basketball shoes – these projects are under development.

These market characteristics have also helped push the adoption of thermoplastic composites in many different industries. Haier, one of China’s major white goods brands, has launched a state-of-the-art air conditioner under its Casarte brand, which utilizes Maezio™ for the product’s main housing. 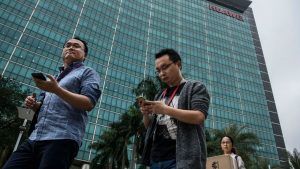 How do Chinese brands face the “Huawei effect”?
All sides speculate whether other Chinese companies are likely to…
Chinessima