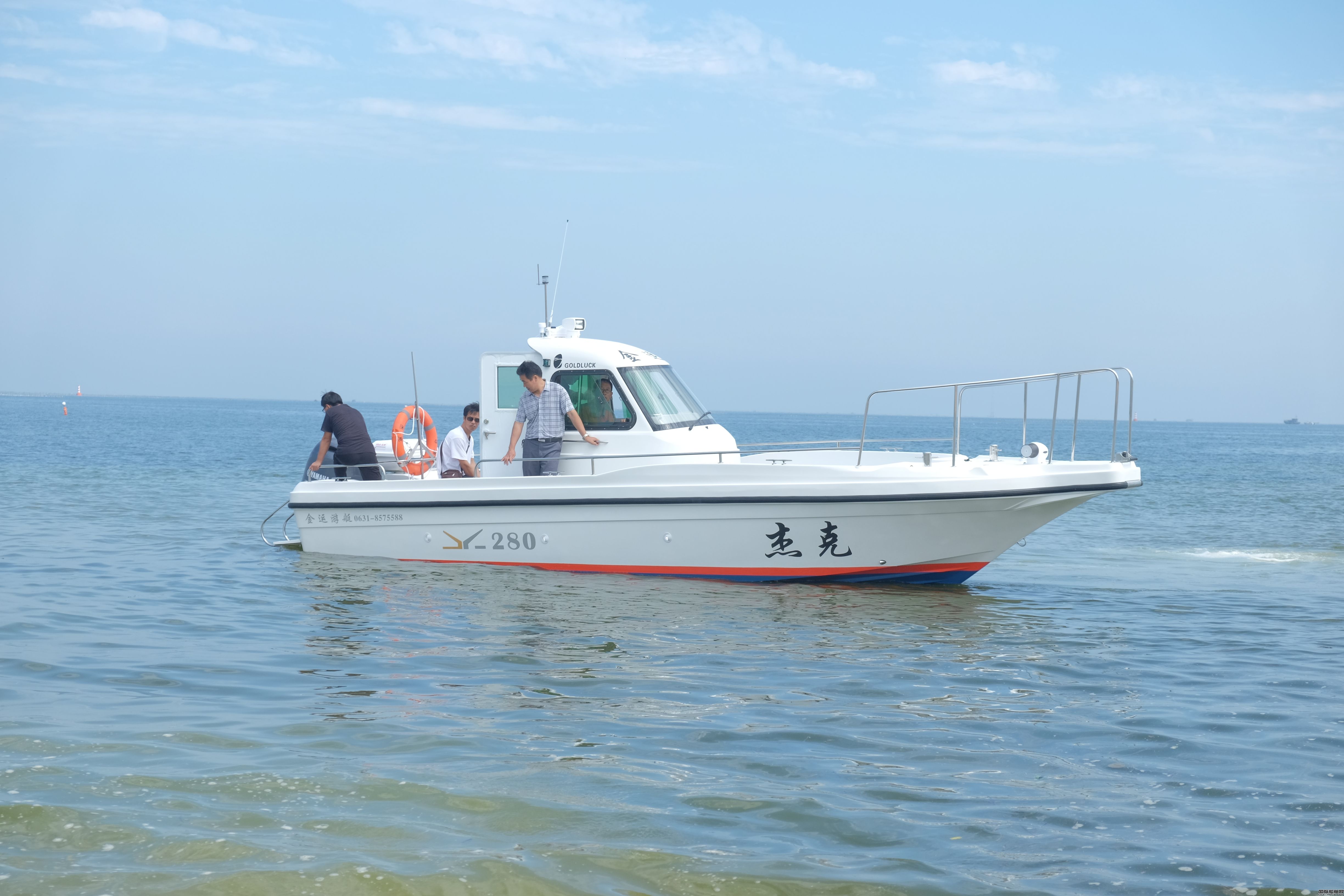 Since 2012 and the anti-graft policy, luxury yachts have been regarded with some suspicion by the Chinese government. But the boat culture is promoted as a healthy lifestyle among the Chinese middle class, even if there is still a long way to go before being actually widespread.

The 54th annual meeting of the International Council of Marine Industry Associations (ICOMIA) will take place next year in Zhuhai, Guangdong province. “It is the first time a yacht convention is held in China. This means that China’s yacht market has become an important part of the international market”, says the China Cruise and Yacht Industry Association (CCYIA).

According to ICOMIA statistics, China was the third producer country in 2017 with 2,182 sailboats and yachts produced, after England and France. In terms of value, China reached the second place after France.

But it rather looks like a recovery as the Chinese yacht industry has come a long way. In 2012 and 2013, Chinese groups SHIG-Weichai and Dalian Wanda Group respectively acquired controlling interests in Ferretti and Sunseeker – two of the most famous global yacht brands. China, it seemed, was on track to join the elite world of yachting, especially after the 2008 financial crisis that dramatically shrank the Western markets.

However, the good prospects came crashing down after 2013. President Xi Jinping’s anti-corruption campaign announced in late 2012 meant extravagant symbols of wealth like luxury yachts were finger-pointed by the authorities.

Gordon Hui of Sunseeker Asia told Chinese newspaper South China Morning Post that Sunseeker has struggled in China despite its Chinese ownership. And Ferretti Group CEO Alberto Galassi also said in an interview with Forbes that China was no longer a market for Ferretti.

Even the China-made, internationally-praised 42.7-metre King Baby by Zhuhai builder IAG Yachts (a Chinese company acquired in 2015 by Chinese conglomerate Sunbird) is not targeting the Chinese market. At 497 tonnes, King Baby, which is the largest glass fibre motor yacht ever produced in China, is now available for charters in the Caribbean.

But some industry players have managed to lean against the wind. Heysea Yachts, founded in 2007 and one of China’s largest yacht builders, was a new entry in the Boat International Global Order Book’s Top 20 builders in 2018 and holds its place in this year’s report. Chairman Allen Leng explained to the professional journal Boat International that the company is seeing more interest from domestic buyers because it is adapting to local tastes by placing the galley down below and including more living and entertainment space, with fewer cabins. “There is an increased number of Chinese clients who better understand the culture of boating and the lifestyle it offers; that boat ownership is more than having a floating platform for business and to boost one’s image”, said Allen Leng.

No boat culture yet

“More Chinese customers are accepting that China-made yachts offer quality and the same after-sales service as foreign brands”, he added. “We’re also noticing a demand for smaller yachts, which shows the link between sailing and sport and leisure, and that boating is not just a rich person’s pursuit.”

Indeed, in recent years, the number of fishing boats and sailboats between 8 and 15 metres has increased significantly and become a major force in the market, according to the CCYIA. “We have been promoting the two-pole economy of yachts, namely fishing boats and sailboats under 40 feet (12 metres)”, says the association. “CCYIA focuses on promoting the consumption of yachts by the middle class and the promotion of public yachting docks.”

So far, the development of a sailing culture in China has been hindered by many factors, including the impossibility to sail freely along the Chinese coasts, and the lack of dock infrastructures. The shortage of local crew trained in maintenance and sailing boats is also a crucial point. “The Chinese government supports the industry”, CCYIA asserts. “We are gradually introducing policies on pier construction, simplified registration, relaxed regulation and ease of entry and exit. Hainan and Guangdong province will be the pilot.”

“Hainan, as the most developed area of the domestic yacht industry, can seize unprecedented new opportunities and promote the development of yacht tourism under the favourable conditions and strategic policy support at the national level, such as a pilot free-trade zone”, said CCYIA executive vice president and secretary general Zheng Weihang (郑炜航) at the Hainan Yacht Industry Development Summit Forum held in Sanya, the Southernmost city on Hainan island, last December.

Professional newspapers also reported that a new initiative – the Greater Bay Area development scheme – is seeking to unify nine mainland coastal cities to allow yachts licensed in Hong Kong and Macau to cruise in the southern cruising areas around Hainan without paying any tax. And in terms of dock infrastructures, CCYIA mentioned that 35 major projects are under construction in the Guangzhou development zone.

For the aspiring yacht buyers, the Chinese government also just implemented tax reduction measures, including for import taxes. Previously set at more than 41%, the rate has been lowered to 37% after a 3-point cut on the VAT (to 13%) and a slighter cut of customs duties and consumption tax. As for domestic yacht taxes, they enjoyed a 3-point cut, to about 24%, “depending on the amount of imported equipment on board”, a local professional newspaper reported, while specifying that “yachts less than 8 metres long, whether imported or homemade, can be exempted from consumption tax.”

Last year, local basic sailing and crew training received support from overseas. In March 2018, the UK’s deputy ambassador to China, Martyn Roper, and the president of the Chinese Yachting Association, Qu Chun, signed deals to open three training centres to bring Chinese seamanship up to British standards of the Royal Yachting Association (RYA). Although there is still some way to go, an RYA Training Committee member explained that the next steps for the RYA is to run Mandarin Instructor training schemes to provide enough high-quality, RYA-qualified instructors in China to deliver training of all levels domestically before looking to grow the number of training centres in the country.

In Chinese state-run newspaper China Daily, Clipper Round The World Yacht Race CEO William Ward said: “The Clipper Race works very closely with the RYA, and I am proud that its training is recognised by the body. In the UK, 7% of the population sail and if the Clipper Race could help to replicate that in China, there would be approximately 80 million people taking to the water.”

This article has been commissioned and published by JEC Group in JEC Composites Magazine n°130.