The Chinese economic magazine Cyzone (创业邦) has identified the six Chinese heritage brands with higher sales potential, including internationally. A surge of nationalism and nostalgia, a taste for crossover partnerships: the Chinese do not seem to be willing to abandon the brands that are part of their history. Ranked 4th, Weilong (卫龙) spicy snacks have managed to enhance their image with bold marketing campaigns, including parodying Apple.

Described by the Chinese press as the « gang leader » of spicy sticks, Weilong (卫龙) stands out in the big yet little valued salty snacks market. The Chinese economic magazine Cyzone ranked the brand 4th in its Top 6 Chinese heritage brands, estimating its annual turnover in 2018 to CNY 2 billion (US$ 290 million).

Founded in 1999 in Luohe, Henan province, the company that claims to be “a business for modern recreational food ” (现代化休闲食品企业) today employs 6,000 people. Around the iconic latiao (辣条), or spicy gluten sticks, the range has expanded to include new shapes, flavors and recipes remaining in the spicy snacks category, such as instant noodles.

According to Cyzone, the brand’s reputation as a leader comes from its « cutting-edge management methods » for both commercialization and marketing campaigns. For example, in 2014, it signed partnerships with Tmall (天猫), Alibaba’s BtoC Internet platform, as well as its competitors JD.com (京东) and Yihaodian (1号店).

In 2016, just as the iPhone 7 was launched in China, the brand parodied the campaigns of Apple by imitating the typography and sleek design of the visuals. Weilong changed also the packaging of its products. All without suffering legal consequences from Apple.

Recently, as can be seen on its lively WeChat account (below), the brand is inspired by Rage Comics, a genre of sketchy cartoons, often with crude and politically incorrect texts. Originally from North America, they became an Internet phenomenon in China under the name Baozou Manhua, or Baoman (暴漫), spearheaded by Wang Nima (王尼玛) who created the website baozoumanhua.com in 2008.

« The emergence of baozou manhua signifies a new form of expression for ordinary netizens where they move from simply being consumers of comics to producers, combining image and text in a humorous way and distributing them via a wide variety of communication tools », wrote Shi-Wen Chen in her 2014 feature “Baozou manhua (rage comics), Internet humour and everyday life”. To her, the genre of baozou manhua enables Chinese netizens to vent about their everyday experiences and frustrations of daily life.

However, last year, sixteen Weibo accounts relating to baozou manhua, including Wang Nima’s, were shut down by Sina Weibo administrators for allegedly “insulting” and “slandering” the names of Chinese heroes and martyrs, as reported by the information website What’s on Weibo. This strong crackdown has not deterred Weilong, whose marketing strategy is apparently to play with fire. 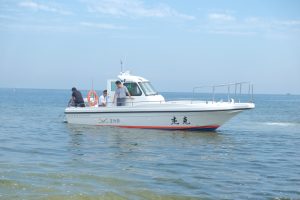 Yachting: China encourages the small to medium boat market
Since 2012 and the anti-graft policy, luxury yachts have been…
Chinessima