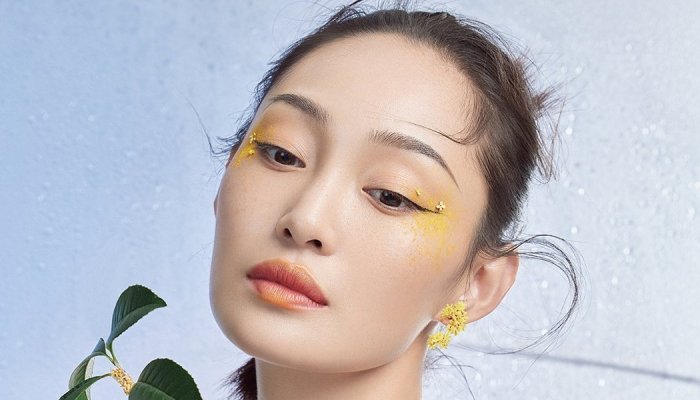 Low-reliefs evoking famous Chinese poems or traditional folklore engraved on lipsticks, pressed powder, and eyeshadows, packaging inspired from Miao jewellery – Miao is an ethnic minority in the Guizhou province, in south-western China… Since it was founded in Hangzhou in 2017, makeup brand Florasis (花西子, Huaxizi) has drawn inspiration from the Chinese heritage to create its aesthetics and storytelling.

In the wake of the ‘guochao’ trend (国潮) which highlights Chinese brands with a strong national identity, this “floral essence nourishing eastern makeup” concept, as defined by the brand, is working quite well. Florasis sales are reported to have reached 3 billion yuans (420 million euros) in 2020, exceeding those of Perfect Diary, the other Chinese makeup unicorn, according to the Chinese press trying to analyze the phenomenon.

The same year, on the Tmall marketplace, the Florasis and Perfect Diary (Yatsen group)market shares reached 16.35% and 14.88%, respectively, among makeup brands, according to Daxue Consulting. Most media believe the Florasis breakthrough is due to the partnership with Li Jiaqi, the live-streaming sales star influencer who achieved high scores as soon as 2018 with loose powder and carved lipstick.

This close partnership is both a strength and a weakness for the brand, according to 36Kr (36氪), who think it is too dependent from it. On the other hand, the Chinese financial website emphasizes the strong presence of Florasis on all Chinese networks. Products are available on Tmall, JD.com, Vipshop, Pinduoduo, Koala, Xiaohongshu, and Kuaishou.

Florasis’s dynamism helped the company enter foreign markets. Tmall reports that on Singles’ Day 2020, consumers from over 100 countries and regions purchased Florasis products on their platform, so that the brand became the best-selling Chinese brand on the global level, all categories included. In March 2021, Florasis arrived on Amazon Japan, where they took advantage of the local craze for “Chinese-style makeup”, a trend the Jing Daily magazine analyses as a sign of a slowdown of Korean and Japanese cosmetics for the benefit of C-Beauty.

Last year, Florasis, who sells products directly to consumers, without relying on retailers, was the best-selling beauty brand on Douyin, the Chinese version of TikTok, according to parent company ByteDance’s statistics relayed by the South China Morning Post. The newspaper held by the Alibaba group considers this recent network is still little used by global brands.

In China, the Chinese press emphasizes the main difference between Florasis and Perfect Diary in terms of social media and marketing. If Perfect Diary is mainly focused on Xiaohongshu as a main basis, ahead of other platforms, thanks to beauty recommendations and tutorials posted by the first wave of users, Florasis prefers to use live-streaming selling on Taobao. That is where the main difference lies between the two brand positionings: Perfect Diary mainly targets students, urban women living in big cities and small towns, while Florasis is focused on active, cultivated women.

In addition, the Florasis range is more limited than Perfect Diary’s, with higher prices. The Florasis loose powder costs about 150 yuans, which ranks it between the 50 to 100 yuans of Perfect Diary and the 250 to 300 yuans of Givenchy, Nars, or Make Up Forever. The fact that Florasis is so successful shows there is an upgrade of Chinese cosmetics brands, which could gradually threaten major historically high-end global brands.

The brand puts forward its “R&D team and product development cycle, which lasts one or two years, i.e. longer than some global brands”. However, this feature could be viewed as a handicap on the super reactive, highly competitive makeup market. Also, according to a few marketing experts, another aspect might disadvantage the brand: this 100% DTC (direct-to-consumer) player does not have any physical shop to help develop their sophisticated visual and narrative world.