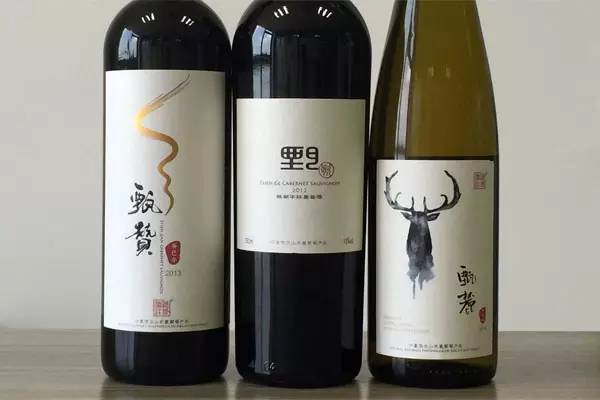 By 2027, China is expected to be the first wine market in the world, according to Coface Group. This craze is encouraged by the Chinese Government, with the implementation of the five-year plan 2016-2020 promoting a rise in living standards and a more qualitative consumption.

Chinese media publish every day numerous articles devoted to wine. In a context of fight against corruption and imposed frugality, articles dealing with fine wines – mainly French – are more scarce, as the spotlight moved. The South newspaper Nanfang Daily notes that from January to August 2015, the volume of wine imports increased by 42.1%, mainly due to the influx of middle and low-end wines from Australia, Chile and New Zealand, which now benefit from a free trade agreement exempting them from taxes, and can thus « frontally attack the Chinese wines. »

Ningxia wines in the spotlight

The State media strive to defend national wines. The online government media China.com.cncovered the « forum for the assessment of Chinese wines » held on 26 November 2015 in Beijing, where the Chinese wine giants including the Changyu, Niya, Tonghua groups, and the brands Great Wall, Grand Dragon had their production being tasted. The title states : « Chinese wines are now on the same level as imported wines and have already entered the international competition. » Meanwhile, the People’s Daily recounts the event and speaks of the « unique style » and the peculiarities of Chinese wines and stresses the emergence of new major production regions in China.

Among them, the Ningxia province, especially the region of the Helanshan mountains, is highlighted. The China Economic Times publishes an interview with a leader of the local party in the Hui autonomous region within the Ningxia. « It took us ten years to perform what the Napa Valley did in a century », he boasts, while insisting on the fact that « the Helanshan mountains wine results from small, diverse and valued vineyards,  – certainly not mass production. »  The local newspaper Ningxia News notes that the region of Helanshan mountains won many awards during the Chinese viticulture Challenges 2015. It stresses that the region has been invited to attend the Grand Tasting event in Paris by the French tasters Bettane and Desseauve, who asserted that  « the wines of Ningxia are the most promising Chinese wines. » The business magazine Caijing publishes the ranking of the best Chinese wines 2015 established by the Revue du Vin de France, with a particular focus on the wines of Ningxia, Xinjiang and Hebei.

When Sohu, one of the major Chinese information portals publishes an eulogy of the Chianti classico Nittardi, which seems to be the result of a press trip by the journalist in Tuscany, the portal warns in the preamble that  « this article represents the views of the author and not the opinion of Sohu. » Purchases of foreign vineyards do not enjoy better press. An article on Sina, another powerful Chinese news portal, mentions the Changyu group, one of the major Chinese wine producers, which has just acquired the Bordeaux Castle Mirefleurs from the French group Castel, as well as the Spanish wine producer Marques del Atrio. « More and more major Chinese groups multiply acquisitions abroad, the journalist observes, this will cause an influx of imported wines into the Chinese market, which will hinder the growth of national brands. »

Another article in the Economic Information Daily, published by the state news agency XinHua, specifically warns against the purchase of Bordeaux’s vineyards, « popular among the stars and Chinese businessmen. » « In reality, on the hundreds of vineyards purchased by Chinese, only one is a grand cru classé – Château Bellefont – Belcier – while others are medium – low-end wines », says the journalist who went to investigate on site. « Bordeaux wines know perfectly  how to strengthen their reputation abroad, but next to the grands crus classés Château Lafite-Rothschild and Château Margaux, there are many areas that produce mass wine », he resumes, stressing that « the growing of wine is complex, it is a real job » before warning in conclusion that « the important thing when you invest is to make money, not to polish your image.»

Opening of the trade magazines

It is mainly in the trade magazines that the foreign wines can expect positive feedbacks. The website Lookvin founded in Hangzhou in 2013 speaks in a humorous way about the Australian wine Penfolds, and approves the choice of its Chinese name, Benfu, which means ‘going fast track to wealth’, by stating that « a strong Chinese name is crucial if a foreign wine wants to reach another target than the party’s officials .» The article also highlights  the low prices of Spanish wines :« if you search on e-commerce sites the wines sold at less than 50 Yuans, 80% of the results are Spanish. »

In this new press designed to support the growth of the wine market in China, French or Italian wines have a place, especially when tasting and education are concerned. « The French make the distinction between the wines of thirst and the long-keeping wines », informs the specialized site Hongjiushijiewang [the world of redwine], in the introduction to an article posing as a guide of wines that must be kept. In an article entitled “10 mistakes made by 90% of the purchasers of wine”, Hongjiubaikequanshu [the encyclopedia of red wine], an other specialized website very active on Chinese social networks Weibo and Wechat, explains that « some people think that red wine is refined and rich, white wine being more for a female consumer. It is a wrong idea :  Burgundy Chardonnay or German Riesling are complex white wines. »

An article relayed by Sohu with details about ‘the nine elements that make a good wine’ is illustrated only with French wines. And for connoisseurs, French wine is still the reference, and the ultimate inspiration. Wine critic Herry Gao evokes in the magazine 21Shijijingjishibao [the Economic Journal for the 21st century] his fascination with Alsatian wine Domaine de Josmeyer, whose tasting was a moment of revelation of her vocation as a wine critic. If it is all about expertise and pedagogy, French wines have thus a better chance to feature prominently in the Chinese media. 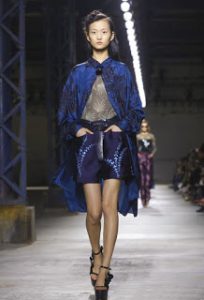