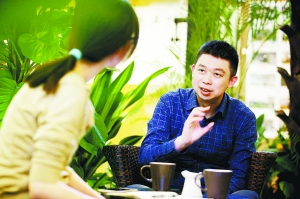 Zhang Yaodong was Vice President of L’Oréal China for five years. A position he left late 2014 to take a leadership role at Fossil China, the Chinese branch of the American brand of watches and fashion accessories. But the attractiveness of a « brand with great potential for improvement » was the strongest and the Chinese economic magazine Beijing Business Today interviewed him while he was about to take the direction of the young Chinese brand Afu Essential Oils, for now only sold on the Internet.

« In 25 years, the Chinese cosmetics market has greatly evolved. It went from ‘I buy because it’s a foreign brand’ to ‘I buy because it is a known brand’ then ‘I buy because I like this brand’. Cards are therefore being completely reshuffled », he says. The growth rate of the sector, at 8.8% in 2015, remains high, making the Chinese cosmetics market, estimated at 205 billion yuan, the second in the world behind the United States. However, according to Beijing Business Today, if under the vice-presidency of Zhang Yaodong, the turnover of the brands of L’Oréal China rose from 600 million to more than 6 billion yuan, Western traditional brands are now struggling.

« Chinese brands grow very quickly, but are strongly attacked by the Korean and Japanese brands, and the question is how long will the appeal of the latters last among the Chinese consumers, Zhang Yaodong resumes. Meanwhile, Chinese brands have a lot to learn from them ». For example, the speed of adaptation of the Korean brands to the beauty trends in China and their ability to innovate in terms of design. Japanese brands, on the contrary, can fine-tune for a long time the development of a product, but the result is extremely reliable and inspires confidence.

To develop Afu, Zhang Yaodong does not plan to reproduce the strategies used during his career at L’Oréal, but to adopt « a new approach, an alternative. » Founded by the young Chinese entrepreneur DiaoYe, Afu, where the average age does not exceed 30, focuses on « middle-class women. » « A target expected to move upmarket, with a greater demand towards better and safer products. Currently, the use of essential oils is not as widespread in China as in the West, the market is not segmented yet. The growth potential is so huge», analyzes Zhang Yaodong.

One of its objectives at Afu is to implement a successful model of distribution online-to-offline, while trying to limit the adverse effects on traffic online that can have the openings of physical shops – the duplication of customer base between the two circuits assessed by Afu is 7%. Aware of the wave of shop closures observed these past two years in the Chinese malls, Zhang Yaodong wants to conduct a cautious strategy of openings, with accent on quality rather than quantity.

The coming years will open an era where « the winner will not be required to be clear about where he comes from », he says. « In the future Chinese cosmetics market, local brands will coexist with international brands, he says. The consumer will not pay attention to the country of origin of the brand, but will pick the one that will best represent his personality. » 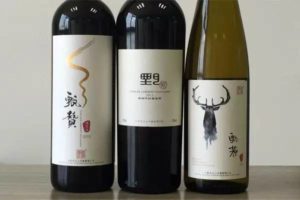 The State media campaign to support national wines
By 2027, China is expected to be the first wine…
Chinessima