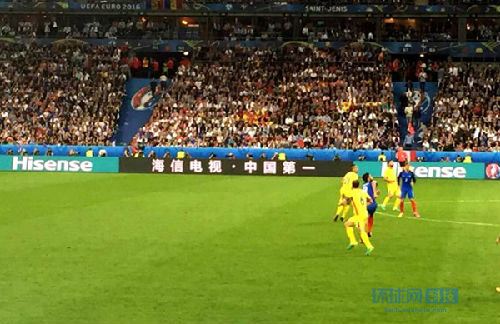 ‘Hisense, China’s n°1 TV Brand’. This advertising slogan is displayed in Mandarin and English in the background of the 51 Euro 2016 football matches which take place in June throughout France. « In 56 years of existence, it is the first time that the Euro is sponsored by a Chinese brand », observes the Chinese State newspaper Global Times, according to which these closer ties are « historic », with the Euro being followed by « the wider audience of football fans in China ». The Global Times is doing the maths : The Euro 2016 is covered by the television channels from more than 230 countries and regions, each live broadcasted match should attract on average 150 million viewers. The cumulative audience then should reach 7 billion, including more than 1.2 billion in China.

The Chinese market is obviously not the only one targeted by the brand. The Global Times states that if Hisense has been the leader of the TV market for 13 years in China, at the international level, it overtook Sony and ranked third in 2015. But it relies on the platform of the Euro 2016, where its banners are displayed next to other sponsors such as Adidas, McDonald’s and the Korean Hyundai, to address its lack of notoriety in Europe. On-site, within the 10 fan-zones, – dedicated spaces established by UEFA where matches are live broadcasted, booths at the colors of Hisense give an overview of the 4K televisions and 4G smartphones of the brand.

The Global Times mentions the 8 Chinese muses hired by Hisense to support football teams regardless of their country of origin. The ‘dream team’ has been selected via votes online on Chinese social networks Weibo and WeChat – a contest widely reported by Chinese media. This initiative seems primarily intended for Chinese viewers, the tradition of cheerleaders not being exactly European. On the other hand, with the ban of Twitter in China, the Global Times did not mention the #HisenseQuest campaign, launched to give the contestants the opportunity to win a ticket for the final. If the brand is a pioneer in supporting the Euro, Hisense is not the first Chinese brand to do localization efforts in its Western communication : other Chinese brands of smartphones such as Lenovo and Huaiwei have recently attracted attention on their European new targeted markets.

Golf has become the darling of the Chinese media 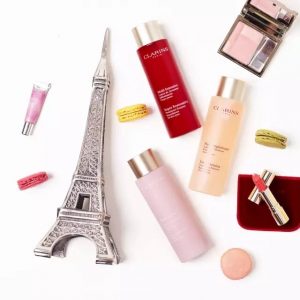 For Clarins, China is a pioneering digital market
Family-owned brand Clarins is the French leader in skincare. And…
Chinessima