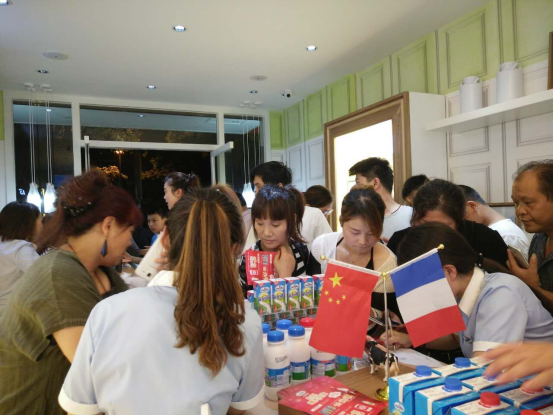 A Candia store opening in the historic district of Suzhou has apparently not gone unnoticed. The Chinese site DingjiaoCaijing claims that the event was a sensation in the neighborhood. According to this economic publication, it is an ‘experience store’ [体验店], a term used in the IT field (e.g. Samsung experience store) more frequently than in food business.

This shop, says the article, will not only sell « quality milk imported from France », but also « educate consumers, offer training activities, display product lines, and interact with the customer. » This initiative is not a first for Candia in China : through its offline and online activities – including its recent contest on Weibo under the hashtag #欧洲杯法国队能走多元 # [Euro 2016: France team can go further]-, the brand is promoting, according to the article, « the transition from the ‘price’ purchase  to the ‘quality of life’ purchase. » With the label ‘collected and packaged in France’, the Candia milk is supposed to reassure a Chinese market traumatized since 2008 by the case of the local infant milk tainted with melamine, which had caused six infant deaths.

The distribution network of Candia in China is growing rapidly since the creation in June 2015 of a society in partnership with Chinese Zjnac, specializing in import-export of products of animal origin. This company owned 10% by Candia sells French UHT milk and infant milk under the brand Candia in the Shanghai area via a network of shops, which should grow at a rate of 10 new openings per year. Candia milk is also sold in supermarkets, in stores specializing in maternity and childcare articles and on the Internet. The aim of the two partners is to reach a turnover of 1 billion yuan (EUR 145 million) by 2020.

In addition, the Sodiaal cooperative Group, which holds the brand name Candia, has announced another partnership with a Chinese group, Synutra, specializing in infant milk. It is a 10-year contract for the annual supply of approximately 450 million milk briquettes of 20 cl which will be marketed under the brands of Synutra group for the Chinese market. Co-financed by Candia and Synutra, the construction of a new plant of UHT milk has begun this month on the Candia site at Carhaix (Finistère, France). The first shipments to China are planned as early as the second quarter of 2017. 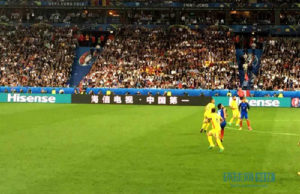