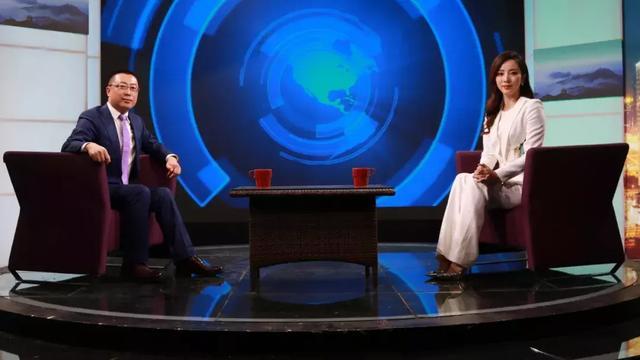 « If there is an alcohol that has a natural affinity with women, it is wine. Because it conveys an image of elegance, romanticism, fashion. While baijiu, beer, are mentally associated with men », said Guo Minghao (郭明浩), guest of the TV show ‘Let’s talk about Chinese brands’ (‘对话 中国品牌 ‘), aired late February by Chinese public television CCTV (photo above © Sohu). Interviewed by TV host Li Sisi (李思思), he presented a new brand of wine that he is about to launch on the Chinese market.

He graduated in 1998 from the Northwest Agriculture and Forestry University (西北农林科技大学), « the best school of wine in Asia », according to him. He told Li Sisi he spent a year at French spirits group Pernod Ricard, in 2011. « I’ve been in the wine business for a long time. It’s a very competitive market, increasingly segmented, with a lot of products and services. We have come up with a way of differentiating ourselves by specifically targeting female consumers. This is how the brand M-Beauty (酩 美人) was born. »

Asked by Li Sisi about the brand name she describes as “romantic”, Guo Minghao explains that 美人 meiren, “beautiful woman”, definitely cannot apply to a man. As for the 酩 ming character, it means ‘intoxicated, tipsy’. Interestingly enough, this is also the character used by the champagne brand Moët & Chandon for its Chinese translation (酩悦香槟).

« We did a lot of upstream studies and consumer tests », Guo Minghao continues. « When it comes to wine, women like bubbles, sweet taste and fresh, fruity flavors. The alcohol content should be slightly lower. When developing our products, those are the particular requests that we have sought to satisfy. » A short introductory video specifies that the grapes will be grown in Shandong Province.

« When you say ‘female target’, exactly which women’s groups are you talking about? asks Li Sisi, who does not seem bothered by the caricatural or even sexist aspect of Guo Minghao’s talk. « We selected three age targets: 18-25-year-old, 25-35-year-old, and above 35. Each age group has different requests which will consequently define the development of our products », answers the consultant. He adds that if women are primarily targeted by the brand, « of course, men can buy it, if it is to give it to a beautiful woman they admire. »

This approach to wine as a marketing product can be surprising in the West, especially in France where wine is rather linked to traditions and heritage. Evidence of this is reflected in the indignant reactions when Chinese owners rename the vineyards they have just acquired. In the Bordeaux area, Château Tour Saint Pierre has become Château Lapin d’Or, and Château Senilhac has been transformed into Château Grande Antilope.

China continues to be a powerful driver of the world’s wine growth, with consumption set to increase by over a third to nearly US$23 bn over the next five years. Currently the 5th largest wine market in the world, China will become the second largest in value by 2021, surpassed only by the US, according to wine and spirits global gathering Vinexpo CEO Guillaume Deglise.

At the China Market Conference, held during the last edition of Vinexpo Hong Kong, last May, the panelists pointed out that the wine sector in China is structurally changing.

According to them, the previous dominance of a handful of large and established brands such as Margaux, Concha y Toro, Penfold’s and Torres is gradually making way for smaller brands, much like the trends seen in the fashion and beauty industries. Opportunities therefore arise for Chinese brands, including the most unexpected ones.

The drone frenzy involves both the state and private sectors 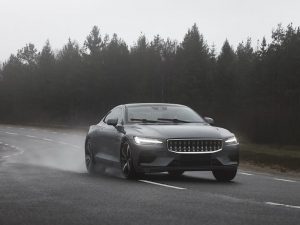 EV: the future of Chinese brands in question after 2020 and the end of public subsidies
Once the Chinese and international electric vehicle (EV) makers compete…
Chinessima