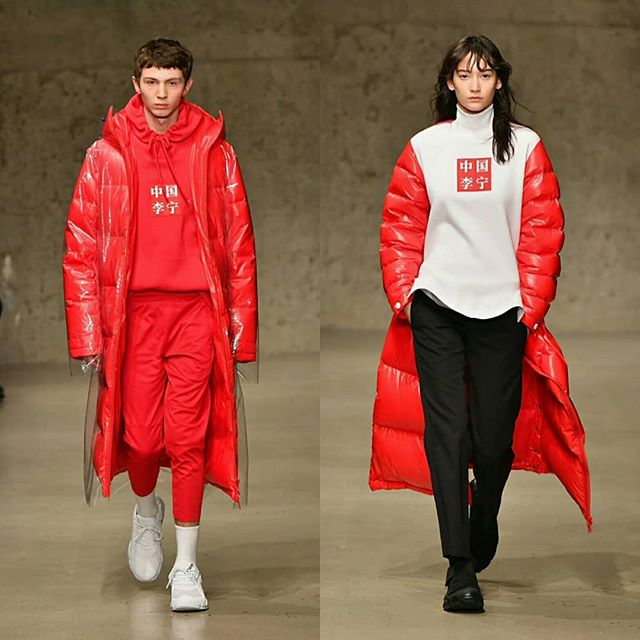 The collections the sportswear brand Li Ning (李宁) presented during New York and Paris fashion weeks won over … the Chinese. And the Disney license has allowed the brand to continue its target rejuvenation.

A comeback. The sportswear brand founded in 1990 by Chinese gymnast Olympic champion Li Ning (李宁) has returned to favor in the eyes of the international press recently. Forbes even put the spotlight on the sharp rise of the Li Ning stock on the Hong Kong stock exchange. The brand had just announced remarkable 2018 results, with sales and net income increasing by 18% and 39% respectively.

However, as recalled Song Yuanzheng (宋元征, photo below), head of children shoes department at Li Ning, the brand went through a long bad patch. Speaking at a conference on brand licensing in China, he acknowledged that, after a decade of rapid growth, Li Ning saw its results drop over the three fiscal years 2012-2014, to the point of accumulating losses of over CNY 3 billion. According to Song Yuanzheng, « in the consumers’ minds, Li Ning was synonymous with plain Chinese sports brand, relegated to second or third-tier cities, mainly worn by middle aged or old people. »

Seeking in the West a rebirth that escaped him in its country of origin, the brand hired Liad Krispin, a German marketing consultant, formerly at Adidas, to help develop collections to be shown at the New York Fashion Week (February 2018 and 2019) and Paris Fashion Week (June 2018). « We’re taking concepts from sport and turning them into great lifestyle pieces, but always with a nod to China », explained Liad Krispin to WWD (Women’s Wear Daily) last  February. The US trade magazine estimated that « the highlight [of the show] came in oversized utility anoraks and parkas that projected a street hiker look and gave the athletic message a cool globe-trotting direction. »

To US fashion magazine Vogue, Ni Ling’s collections are also worth noting: « In the way that the Nikes and Adidases of the world are upping their fashion ante, so too, now, is Li-Ning. » On the French side, AFP observes that « the Li Ning collections stick to the current trend of athleisure. The latter has given birth to a new category of functional and stylish clothing originally designed for sports halls but adapted to everyday life. »

Critical reception was rather favorable in the West, whereas in China, the reaction was phenomenal, according to Song Yuanzheng. « From chairman Li Ning himself to all employees, no one expected such a subversive result », he says. The clothes bearing the red square logo with the Chinese characters ‘中国李宁’ (China Li Ning, photo at the top), as well as the other premium items in the collections presented, quickly sold at high prices. And the brand became wang hong (网红), an online sensation, Song Yuanzheng continues.

Yet, the Chinese clothing and sports shoes market is booming. Euromonitor International assesses its growth at 12% in 2017, to CNY 212.1 billion. And the pace should not slow down until 2022, while sports and more active lifestyles are promoted by the Chinese government and are gaining popularity in the 18-30 age group. And in China too, sportswear is more and more seen as an extension of casualwear in fashion.

In this favorable environment, Li Ning developed the ‘Counterflow-溯’ series, a line of products sold exclusively on its e-commerce platform, which comprises middle- to high-priced sports footwear and apparel featuring both street fashion and Chinese culture elements.

The brand also focused last year on its Li Ning Young line, relying in particular on its Disney license. « We made sure to associate Li Ning brand and Mickey Mouse image in retro-style apparel and footwear lines inspired by the ’90s and the Olympic Games of the past », says Song Yuanzheng. The brand indicates in a release that « as of 31 December 2018, Li Ning Young business covered 30 provinces with a total of 793 stores (2017: 173). »

As for China Li Ning stores, they were launched with a brand new image. « These stores were mainly located in high-end business districts in metropolises to second-tier cities with a view to attracting young and trendy consumer groups », says the company. It remains to be seen whether this return to grace will last long enough for Li Ning to break into the US and European markets. 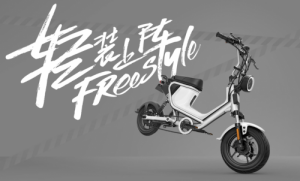