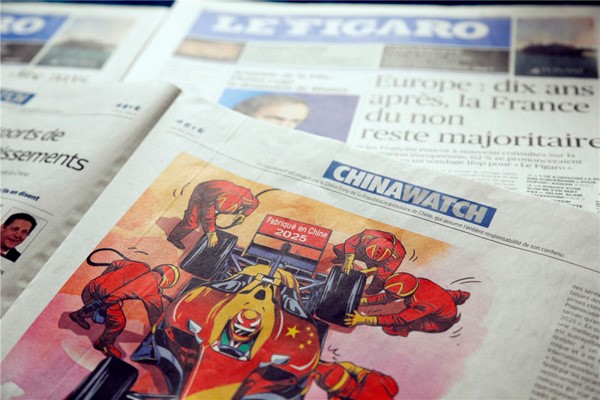 Open your eyes, stop being naive. Countries of the European Union, unite to defend your interests against China. This is essentially the message of the book just published by two specialists in Europe-Asia relations.

« Europe undermined by a China that follows international rules only for its own benefit and reduces European integration and its rules to a convenient market without equivalent compensation? » From the introduction, François Godement sets the tone for his new book ‘China at the gates. A strategy for Europe ‘ (Odile Jacob editions), co-written with Abigaël Vasselier.

The time seems to be completely over when Western observers, full of optimism and belief in the supremacy of their economic model, thought that China, increasingly open, would eventually adopt the market-driven economy and the rule of law.

« The experience of these last ten years is that of a silent but considerable turning point. There is now a deep imbalance between China and Europe, which continues to worsen. While becoming more and more firmly established in many parts of the European economic front, China has, in many respects, closed the doors of its national market to Europe », the authors analyze.

According to them, China’s presence in Europe can be seen not only with the influx of Chinese products and tourists, but also through its investments, its credits, its groupings with regional states on the margins of the European Union, its influence and its public diplomacy as well as the increasing links in the military and defense fields.

Each of these aspects is detailed in the book – which also focuses on sifting through the bilateral relations of each of the European Union’s 28 countries with China, « which practices the ‘pick and choose’ diplomacy. » Chinessima was particularly interested in the chapter devoted to China’s influence in Europe.

Overall, to the authors, Chinese public diplomacy and lobbying are experiencing strong growth in Europe. « However, they have not yet reached the level of influence of China in the South-East Asia countries or in Australia, and many of their promoters are in reality independent European agents searching for Chinese liquidity. »

Alongside finance and trade, Chinese soft power extends to education and the media. The authors address the sensitive topic of Confucius institutes, which offer classes of Chinese language and culture a priori harmless. « But, unlike the French Alliance, the British Council or the Goethe Institute, they are almost systematically integrated into universities. Their teaching aids are provided by China, and the projects they propose, such as conferences, are approved beforehand by the Central Bureau in Beijing. They also represent a source, albeit minor, of income for the universities that host them. »

Regarding the press, the authors note that the State-media China Daily has managed to place its ‘China Watch’ column, which promotes Chinese economic development, in newspapers around the world. « Among these publications, the European newspapers concerned are: Le Soir and De Standaard in Belgium, Zemia in Bulgaria, Le Figaro in France (pictured above, © China Daily), Handelsblatt in Germany, El Pais in Spain and The Daily Telegraph in the United Kingdom. »

Another vector of soft power, the cinema, can be subject to “official pressures” far beyond the Chinese borders. The most recent example is the withdrawal of Zhang Yimou’s latest film, which takes place during the Cultural Revolution, from the Berlin Festival competition. « These events contrast with the efforts made by China to promote its soft power through blockbusters like Great Wall (2016) or Wolf Warriors II (2017) », the authors write.

The publishing industry is apparently not spared. The authors believe that self-censorship of books translated into Chinese is commonplace. « In essence, access to the Chinese market comes at a price: it’s not just about building a local partnership, but also about submitting to local political conditions. » The book is well researched and well written, but does not address another aspect of soft power, the least academic but not the least strategic: Chinese brands. 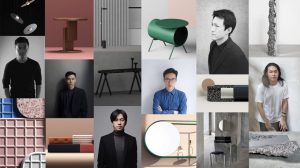 Has China become a country-of-design?
Italian industrial designer Luca Nichetto, a member of the jury,…
Chinessima