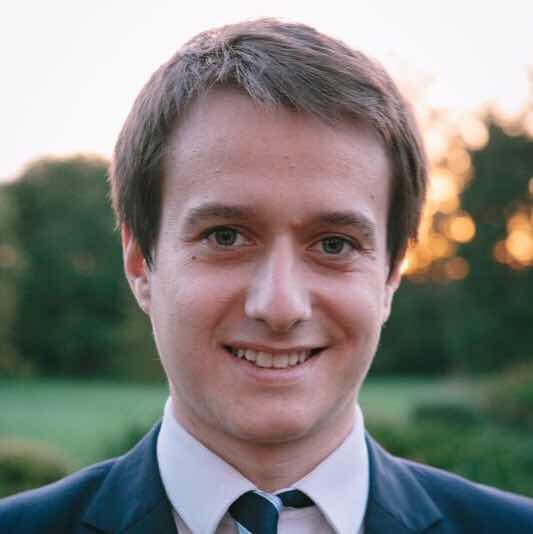 Vincent Marion founded Francelysee in Shanghai in September 2014. Originally a website and a Wechat account in Chinese and French on topics related to French culture and society, the company has moved towards e-commerce with a more commercial content. It is targeting the 25-35 years old Chinese who can afford French products. In a direct manner and without clichés, the Lyon-born – in 1989 – entrepreneur details the challenges that arise in a China where economic growth is not anymore what it used to be in the early 2000s.

Has the publication of your articles ever been forbidden by the Chinese Government’s censorship?

Some of our articles have been deleted, but it probably came from opportunistic competitors because they were positive articles without analysis, we were talking about the G20 and François Hollande, the first Chinese lady and Carla Bruni. It should be noted that the Chinese media are not allowed to talk about politics, even in a positive way.

Then again many websites get past that because many laws in China are not put into practice. At any time there is this legal tool. The rules are very strict but everyone does what he wants, and if one day the Chinese Government wants to punish, it has this weapon.

It has happened – although rarely – that we did self-censorship. I interviewed a Chinese who had fought in the Foreign Legion in France for example. I finally decided not to publish the interview because it is forbidden for a Chinese to join an army other than the Chinese army, and I would not take the risk.

Are you facing barriers when it comes to sell foreign products in China?

We were unable to live solely on the media business, and as we  have built a significant community around Francelysee, we decided to capitalize on events and e-commerce.

Promote and sell foreign products is not illegal but China is emphasizing more every day on protectionism. I came for the first time in China in 2010 and the atmosphere was different. My partners who have been here for 10 and 12 years want to leave the country because it is no longer the China they have known.

Before there was a legal void. It is now becoming less the case, but there is a two tier justice system, one for Chinese and the other for foreigners, who must do everything according to the rules. As for visas, it is very restrictive. To set up a business is becoming more and more complicated, even if some things are getting easier – less capital is needed – the amount of red tape is huge.

Controls are drastic, especially in the sanitary level. And within the companies : being an intern in China is virtually impossible for any foreigners. It is required  to be a student in a Chinese university and to get a convention, but the situation is very tense. As soon as there is a new employee in a company, the police come in 30-60 days to verify that the employee effectively works in this company, and they take the opportunity to check the papers of all employees.

By selling French food in China, you have certainly not chosen the easiest path !

Cheeses for example did not exist in China 13 months ago. Today the situation is paradoxical : China has just put in place a legislation, imports of cheese are allowed, but the control are so strict that it is still complicated. Companies are obliged to import large quantities, which requires a lot of financial resources.

Currently entering the Chinese market takes a lot of money and motivation. Ten years ago it was not uncommon to earn a lot of money on easy projects. But not anymore. The door is virtually closed behind us.

What are the products you sell the most via Francelysee?

Cheeses and sausages. Cheeses because there is none in China, and they are very difficult to find and deliver. And the Chinese are not making fake cheeses yet. On the other hand, we offer little wine because everyone sells wine and fakes are flooding the market.

For now what the Chinese like are extremely pasteurized tasteless cheeses. They are produced in France specifically for the Chinese market. There are for example Babybel, La Vache Qui rit, which the Savencia group (ex Bongrain) has developed under the Ile de France brand only for the Chinese market. Clearly the Chinese do not know the real French cheese, even if there exist Chinese enthusiasts of Epoisses and Ossau-Iraty, but this is generally because they have lived in France or are married to French. The margin of increase is huge.

The success of our other best-selling product, sausage, is due to the fact that the Chinese are the first pork eaters in the world and they are used to snack with dried meat all day long. They demand a lot of information about raw ham, but for sausage, they buy without asking questions.

What is your positioning compared to the Chinese giants JD.com and Alibaba.com which have also bet on the Made in France products niche ?

We know how to import products in China, promote them, put them on a sales channel and have them delivered to the final customer (we work with logistics companies). Many French brands are interested in the huge Chinese market, but the problem is that they are not necessarily willing to put a million on the table. We offer the opportunity to test the Chinese market at a lower cost to SMEs in the food business and also in the cosmetics industry.

Francelysee offers to make reports every month to brands, in order for them to be informed on the market trends. We do marketing analyses and segment according to the buyers profiles. If there is a demand, the second step is to register the products in China, and here also we offer solutions, because registration of products in China is a long and expensive process which may take 13 months to 18 months. We enable brands to take the temperature of the Chinese market in preview.

Francelysee bets on the fact that as a French platform we know brands and we can reassure them, and as we are a mostly Chinese team, we know how to sell to the Chinese.

How do you explain this growing protectionism in China ?

The main reason is the economic slowdown in China, with an unofficial growth rate around 3-4%, youth unemployment which is soaring as everyone is going to university, a Chinese debt which has reached 250% of GDP. Hence a phase of increased protectionism. It’s the end of the Chinese eldorado since the years when growth rate was 15% are over. And there has never been so many scams, it is getting harder and harder to get paid.

Has this protectionism an impact on the attractiveness of the French brands to the Chinese ?

Indeed, French brands still arouse interest but less than before. Previously ‘foreign brands’ meant quality. The foreigners were better received in China, but today there is a need to find scapegoats. A good example is the bakery chain Farine, founded by a French entrepreneur, who had to close its dozen shops as a former Chinese employee denounced on Weibo the use of expired flour. The case which dates back to last March was the main topic of conversation for two days in China. As foreigners were involved, the scandal has been national to make an example out of them. Foreign companies always take the blame while large Chinese companies seem to get away easily. On the street where I live in Shanghai, I have not seen one local restaurant meeting the standards. But we must also say that there has been a lot of abuses on the side of foreigners who felt at home to do anything in China, and the Chinese Government is currently putting things in order.

In France, perhaps as a consequence of protectionism, China seems to draw less interest than ten years ago, do you consider that Chinese soft power is underperforming so far ?

Ten years ago, China was preparing the Olympic Games and it was still a land of opportunity. Today China still suffers from a negative image, but I think things are improving, with the celebration of the Chinese New Year, more widespread Chinese movies and Chinese-American co-productions. Although in terms of soft power, the Chinese would have a lot to learn from other countries, especially South Korea.

Europe under the influence, seeking reciprocity 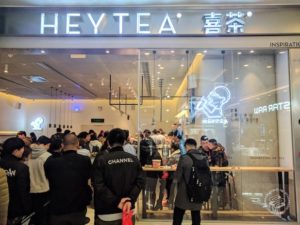